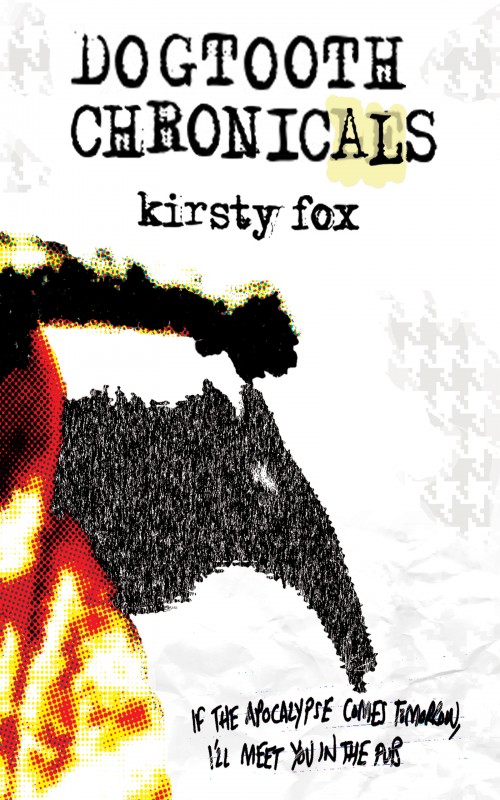 Beneath my feet the cold ground is hardened. There were ridges ploughed into the Earth long ago, when it was soft and giving. Now it is as concrete, desperate to trip me and crunch on my bones. I see a figure in the distance. I pray a gentleman, stood solitary in the centre of my vision. Either side of us cruel frosted fields expand towards the horizon. I strain my body to move towards him, but I’m heavy in slumber. His back is to me, my hand is stretched out, wanting to grasp his shoulder and turn him around so that I can see his face. But he is out of my reach, like the moon. Remember the fox who jumped and took a bite from the moon?

My joints have frozen up somehow, a kind of paralysis. I begin to move towards him but each step is painfully slow and he seems more and more far away. He is becoming just a stark silhouette, like the trees of winter. As this thought skips through my noggin, music reaches me from some past withered away. Some song I’ve forgotten, of dogs in winter. The feeling of being hunted.

And there are dogs, hounds, I see them now. He is a hound too. But he just stands there with his back to me like a human man. He is unflinching, unemoted, while the hounds gnash faintly, the cold clinging to their breath as it rises through the air like smoke. How I want their gentle canines to caress my skin.

I shout, or at least my mouth opens wide and performs a shout. But it is impotent, no sound. Some rat maybe ate my tongue… I shout again…

“Hounds! Come have me! Bring me to master!”

Someone punched my shoulder and I found myself adjusting to the darkness. The Kaiser was stood over me with a Scotsman’s conviction.

I sighed an enormous, weighty sigh; the room was stony cold, like a cell. If only that jaguar were here I could read the cryptics in his fur and find out The Answer.

“We all need peace, brother,” I told the Kaiser. “Do you have a cigarette I may pilfer, sir? Is that within my rights?”

“What were yuu dreaming about?” He sat next to me on the bed, handing me a smoke and lighting it for me.

“The cat, sir. The black cat, friend of young Timothy… Such witchcraft and heathenism should not trouble my sleep, sir…I dream of the cold also, brother ape, always the cold…” I explained.

I could feel the Kaiser’s impatience for my gobbled gook, though I could barely see his expression in the darkness. His eyes were just shading to visible; some sliver of light was creeping in somewhere, how so underground I’m not sure. Light is like liquid though, the way it seeps. Far off beneath the city there is some room with a ceiling entirely covered in lightbulbs. They all jangle against one another with the most joyous of sounds, like a child’s laughter. And some tiny gap carries this light through cracks, where spiders wiggle. And somehow it seeps in and seeks him. The handsome authoritarian in his long black coat, tickling the rough-shod stubble across his jaw line, creating tiny points of light in the liquid of his eyes.

“Wolfgang. Stop calling me ‘sir’,” he said. His tone was powerful, every word was meant.

“Who is Tobias?” he asked again.

“Tobias Roe? We’ll know soon, brother, you and I. But not so much a person as an idea, sir…”

“Exactly sir. An idea… an idea is surely neither cat nor person, nor both nor neither?”

He smoked silently in the darkness, staring into that black void of thought.

“An idea…” he murmured thoughtfully.

I should explain a little, for you also have pointed questions. Although I imagine him the Kaiser (I fictionalise all my people), he claims his name is Charlie, but also Bryn… Bryn McLarey… an actor and author of his own memoirs. And there is something else I ought to mention. As far as he is concerned, we haven’t met yet, except in future memory.

An extract from the novel Dogtooth Chronicals (sic) brought out by UK micro-publisher Bees Make Honey in late 2012. More info/extracts at www.kirstyfoxbooks.wordpress.com