Last night saw the launch of The Correspondents new single ‘Alarm Call’ – but this was no ordinary music release. Celebrated at the central London art gallery Berloni, as well as the new track there was also an animated video painted by lead singer Mr Bruce.This used a split screen to showcase two continually changing portraits, one of which was his self-portrait.

Side by side two brothers could be seen to grow and develop in expressive stop motion – their images changing in loosely brushed oils. At one point Mr Bruce’s portraits started lip-synching to the music – a difficult achievement with pen and pencil, but remarkable in oil paint. 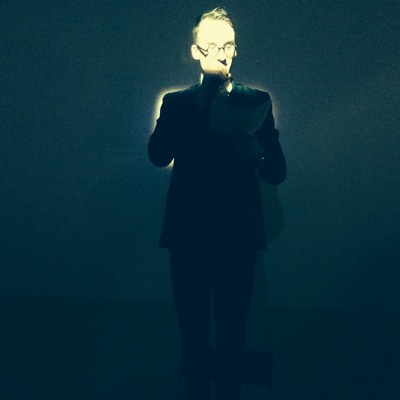 Earlier Mr Bruce had explained something of the history of the video and the song. He had lost a brother to a brain seizure in 2006 and it was only now that he felt able to examine his feelings about this loss. His brother remained his greatest influence, he explained, saying that he had created the video and single to raise awareness and funds for the Epilepsy Society.

Producer Chucks is the other half of The Correspondents, giving the eclectic duo a sound that references electro, blues, drum and bass and several other genres. Alarm call eschews the chippy chirpiness of previous release What has happened to Soho? and instead has a more sober, ethereal feel – especially when the video abstracts Bruce’s face as he plaintively wails for a mentor and a guide.

‘Alarm Call’ is The Correspondents’ second single from their forthcoming debut album ‘Puppet Loosely Strung’. I think we can call it eagerly-awaited – and we’ve got to wait until March.

With drinks provided by Drambuie and Venetian-inspired sculptures by Neil Ayling enlivening the space this was the way to launch a new single. With all profits going to the work of the Epilepsy Society, what are you waiting for?!