Well-known Calcutta gallery Akar Prakar is staging an exhibition of French Contemporary artist Patrick Rimoux. He is displaying 10 artworks and one installation. 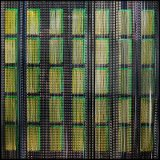 Rimoux defines himself as a “sculptor of light and shadow”. This polyvalent artist, who is a photographer, a sculptor, and designer at the same time, is also a new technologies engineer, well known for his lightscapes of cities and monuments. His work focuses on films that bring to the fore his focus on the revelatory nature of light – the primary subject of his work. He had already used films in several exhibitions, more recently in 2010 for his exhibition at the Baudoin Lebon gallery, on French actress Sandrine Bonnaire. He plans to explore the subject of portraying cinema heros in depth and how through the medium of cinema the actor creates a lasting place in the collective Indian imagination. 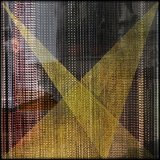 In his show, currently on at Akar Prakar, which began on January 10 and continues till February 5, 2013 in collaboration with Paris-based Baudoin Lebon Gallery, Patrick not only showcases his 10 artworks, but has made a special installation called ‘Under the Sky’ which is displayed in the lawn at the gallery.

Says Reena Lath, CEO of Akar Prakar, “I have been seeing Patrick’s work at the Baudoin Lebon stall at the India Art Fair for the last three years and I am delighted to host his show where he uses various media and combines them to create artworks which are visually unique and appealing. The best part is that these artworks can be hung as paintings.”