“Ye citizens were wont to call me Ciacco; For the pernicious sin of gluttony” Dante’s Inferno VI, 52

Ciacco is a fitting name for an elegant Ristorante in the heart of medieval Bologna. Mentioned as a gluttonous fellow in Dante’s Inferno, he loved his food, but Boccacio insists that he was also eloquent, agreeable and a member of polite Florentine society. Italy is renowned for the quality of its food and Bologna is known for its cuisine throughout the whole of Italy. Not for nothing is it nicknamed Bologna La Grassa  (Bologna the Fat)! 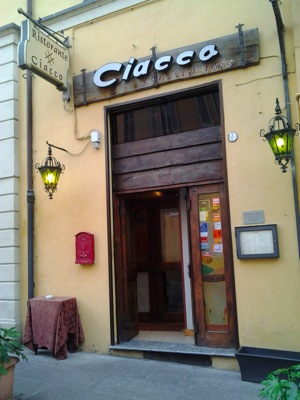 We visited Ciacco at lunchtime, wanting to enjoy the specialities of the local region. We sat in the downstairs dining room – the cellar of a 17th century palazzo – and had the tasting menu which includes dishes for which Bologna is famous. Before any food though, we started off the meal with a glass of Ortrugo, a creamy sparkling wine from the hills around Bologna. 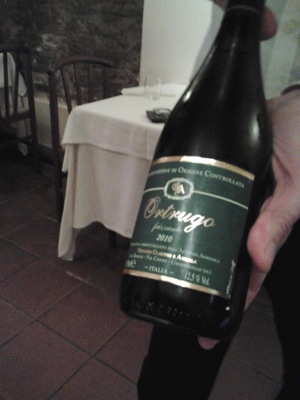 This brought out the meaty textures of our antipasti, which included the best fiocco di Proscuitto, a mousse of mortadella and a fried Mortadella and cheese cube that added another crunchy texture to the home-made bread plaits. Mortadella is a true native meat of Bologna, usually served as slices so it was a nice to try it in a different style. 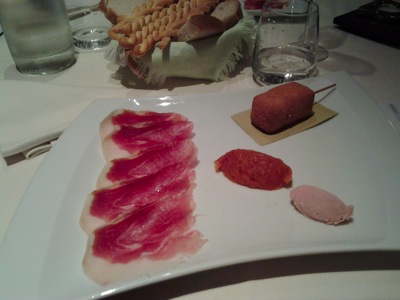 Next up was the typical Bologna dish of tortellini in brodo. The small al dente pasta twirls of meat and Parmesan are made by local grandmothers who still have the necessary patience. They are served in a clear, rich broth. We accompanied them with a Barbera from La Mancina, a local red wine full of flavours of the land, earthy and mushroomy with red fruit notes and a long finish. A wine worth seeking out. 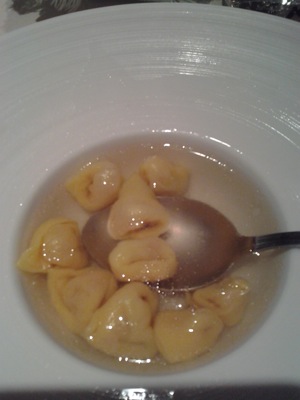 The next course was bigger tortelloni with squaquerone cheese. Squaquerone is a new cheese to me, creamy and a little ricotta-like, it made a great filling for our hand-made tortelloni which were served on a Parmesan jus with a touch of balsamic vinegar. 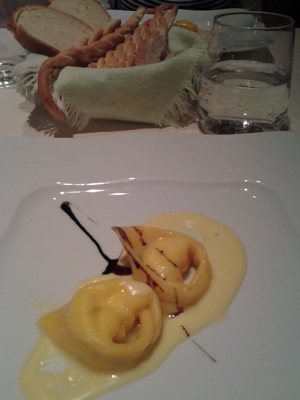 Of course the dish most associated with Bologna is the ragu’. Our lasagne had six layers of pasta with ragu’ and bechamel together balancing the flavours. You think you know lasagne, but wait until you have tried one in Bologna. Squisito! Don’t forget that an authentic Bologna Lasagne will use green pasta. 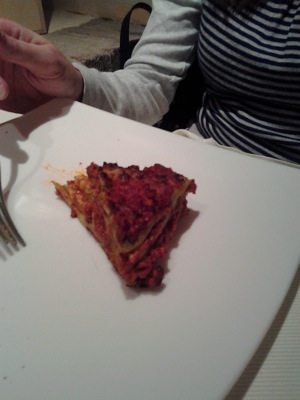 To complement our main course of cotoletto alla Bolognese we tried a San Giovese red wine with great spice and body. The cotoletto was fried in breadcrumbs and wrapped in proscuitto. Together they were absolutely delicious. I’d like to include a photo but it seems I forgot to take one as I was too busy eating. You’ll just have to take my word that served with a sculptural tomato skin it looked superb!

By now I was wondering if I would ever need to eat again. The thought only lasted until the next course arrived and I ate a light, moist torta di riso, a local cake that is often made for celebrations.

With no room even for coffee we spoke to Stefano and Salvatore, the two owners about food, Bologna and important things like rugby. They have been serving delicious food to discerning Bolognesi since 2004 and we could only approve of their menu and wish them continued success in the future.

We were guests of BolognaWelcome and had a great time!