I lived in a bedsit once. When I was a student. An attic room with a shared toilet at the top of a sandstone tenement. My single bed (which is sadly still single) lay in a recess under a slanted roof. Well, when I say lay, I mean squeezed. It was that small even Tom Thumb would have struggled to fit his dainty toes into the matchbox frame. As for the coin-guzzling electricity meter which powered my far from white and equally far from good white goods which rattled in the opposing damp and dingy corner like an alcoholic one-man band, it was fed more than I was. To paraphrase Chuck Dickens: it was the worst of times, it was the worst of times. And I was, quite literally and in more ways than one, in a dark place.

But, as the old saying goes, there’s always someone worse off than you. Such as mother and son Joy and Jack Newsome (Brie Larson and Jacob Tremblay) who lived in a shed at the bottom of a garden in the outer rung of the ever-increasing circles called suburbia. But here the similarities of our living conditions end. For unlike mine, which I only had to endure for an academic year (I was a drama student, perhaps academic is stretching it), Joy resided in her unjoyful abode for seven years and five-year-old Jack was born there and had never even stepped outside the door. The reason being that Old Nick (Sean Bridgers) had enticed Joy into his locked shed with the oldest trick in the book – would you like to see some puppies? – where he forces her to have sex against her will.

But to think of Room as a taut thriller about survival and escape is really only a surface reading. Because underneath the “will they or won’t they escape?” cliffhanger lies a finely-crafted and life-affirming work of beauty which celebrates and explores the close bond between mother and child, the innocence of youth, the magic of play, the tentative loosening and tugging of the apron strings and the heart-breaking but character-building baby steps from dependence to co-dependence and finally to independence. A journey which my fellow citizens sadly failed to complete in the recent Scottish referendum. 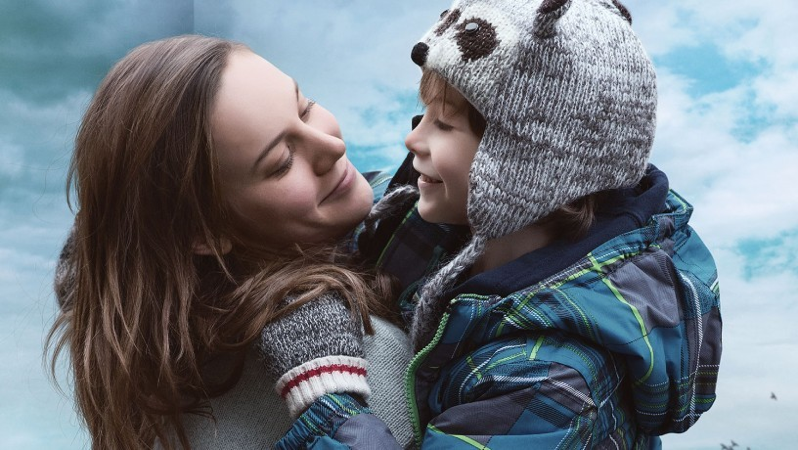 Based on the 2010 Man Booker Prize shortlisted novel of the same name by author-turned-screenwriter Emma Donoghue and directed by Lenny Abrahamson who commandeered the clapperboard for the marmite musical comedy Frank in which Michael Fassbender memorably donned a papier-mâché head to front an esoteric and unpronounceable pop-rock band Soronprfbs (So, Ron. Prefabs?), Room has opened to widespread critical acclaim and been shortlisted for four Academy Awards: Best Picture, Director, Actress and Adapted Screenplay. Which is quite a feat given its modest budget of $6m.

Regardless of whether the cast and creative team will have to make room on their mantelpieces for a gong (given the quality of the competition and the intricacies of the voting system, probably not), anyone who goes to see the film should make room in their hearts for the unconditional love offered by “be nice” Joy and “I want to be four again” Jack who are so beautifully played by Brie Larson and Jacob Tremblay. The performances are fresh, the humour delightful, the score like the dialogue minimal and sprightly, and the heart strings tugged in such a non-schmaltzy manner – as in the short scene between Jack and his grandmother Nancy (Joan Allen) who is reduced to tears while drying his hair when he nonchalantly tells her “I love you, Grandma” – it would bring a tear to a glass eye. Much like my bedsit!