After a successful pilot in 2014, Wilton’s Strike! free dance festival returns in 2016, commissioning new work and exciting ideas from promising choreographers worldwide from Tuesday 3 May to Thursday 5 May 2016.

Applicants are invited to submit a proposal for a new piece of choreography on the theme of memory. Six choreographers will be selected to develop their piece which will be shown at Wilton’s Music Hall; the world’s oldest surviving music hall. Audiences, including critics, will be invited to attend and review the final performances, which will be live-streamed to expose the work to as broad an audience as possible. 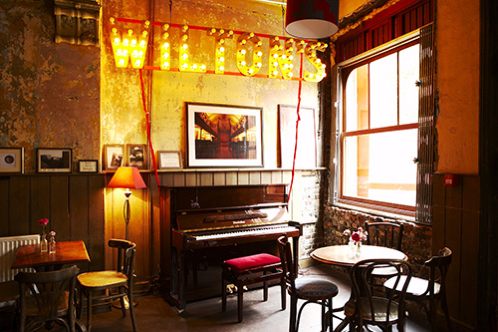 “Having commission money meant I was able to have a small team around me – working with a dramaturg and a composer for the first time opened up so many new processes. I am now looking forward to creating a duet with ACE funding – this never would have happened if you guys didn’t believe in me first!” Ieva Kuniskis (Choreographer, Wilton’s Strike! 2014)

Wilton’s has a strong reputation for staging outstanding dance, with the Mark Bruce Company’s production of Dracula, co-commissioned by Wilton’s, scooping The South Bank Sky Arts Award for Dance in 2013. Successful applicants will be mentored by the Wilton’s artistic team with help from Jonathan Goddard and a group of experienced choreographers and industry professionals.

Applications are open to anyone aged 18 and over. Applications close Friday 26 February at 5pm.