The Making of Longbird was the fourth and final screening during the Snapshots strand at the Manipulate Visual Theatre Festival at the Traverse Theatre in Edinburgh. What made this screening so significant was that the animation screen 24 hours before it won the Bafta award for Short Animation., a fine triumph for a recent graduate from the animation programme at the Edinburgh College of Art. Due to the nomination Anderson was not available for a Q and A after the screening, so collaborator Tobias Feltus was in attendance along with former tutor at the ECA Donald Holwill. The Q and A was hosted by animator/curator Ian Gardner, who himself has been Bafta nominated for the film The Tannery. 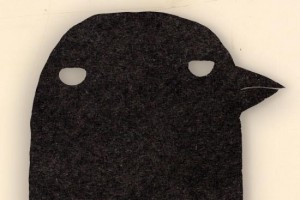 The Making of Longbird combines live action and animation seamlessly to bring a conflict between an animated character called Longbird and the animator Will Anderson. Anderson appears as a series of close ups, but Longbird is on screen and bold and brash, with a simple yet highly effective character design. Anderson has given himself the task of recreating an animation from a legendary Russian animator. Here he rebirths the character of Longbird, who taunts and mocks the animator as he believes that Anderson is out of his depth and unaware of what he is doing. The dialogue between the two appears spontaneous and unrehearsed and so does the animation. Longbird is an unpredictable character, who changes visual style at a whim, eventually settling on a downbeat grey style. This unpredictability is also presented in the story, with the audience having no idea where they are headed next or where the narrative will turn. This creates a film which oozes experimentation, but never loses sight of being entertaining. Anderson is clearly experimenting with what a film can be, whether it is live action or animation.

During the Q and A we uncover some of Anderson’s motivation and resenting behind his artistic choices. He shot some live action footage on Super 8 to give authenticity and he was origonally discouraged to combine live action and animation. Anderson clearly had an artistic vision and as a student. Holwill digresses he had the time and space to follow this vision. The Making of Longbird has won many awards and screened at many festivals, however the Bafta Award for short animation is by far the most significant, as it showcases the quality of the film and its ability to appeal to a wide audience. 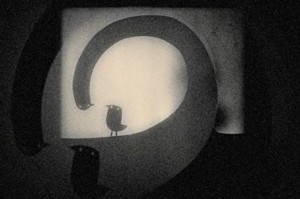