Cheap Cuts Documentary Film Festival is a new and emerging festival dedicated to showcasing the best of British and international short documentary talent. Self funded, the organisers strongly believe in content over form and are interested in the stories filmmakers have to tell and not the equipment or budget used to do so.

Cheap Cuts believes that film should be accessible to all, both sides of the camera. In addition to screenings, there will also be discussion groups and Q&As promoting documentary filmmaking and community. Alongside the discussion panels will run a TV-screen installation with documentaries under 4 minutes and a photography exhibition to promote new and upcoming photographers. 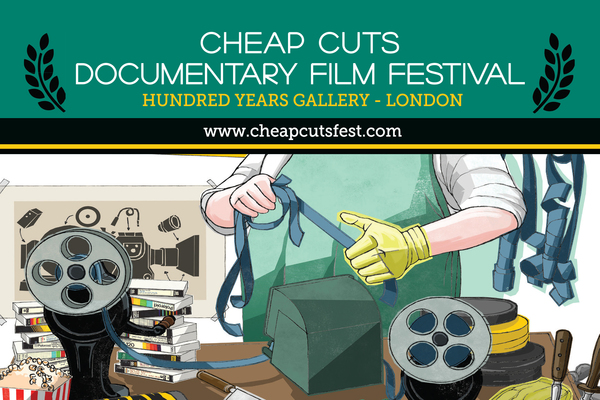 Twenty-one films have been chosen from over 1400 submissions – learn about the world from global filmmakers. Winning filmmakers are being awarded with prizes sponsored by Raindance and Gorilla Film Magazine.