We all know the normal procedure at a theatre. Houselights go down, spotlights turn on. Not so at the Battersea Arts Centre until 21st March. In the large council chamber performance space the houselights dim and…nothing whatsoever lights up. Most of the performance of Fiction by Fuel takes place in utter darkness. At no great expense we’ve commissioned an artist to demonstrate what this looks like… 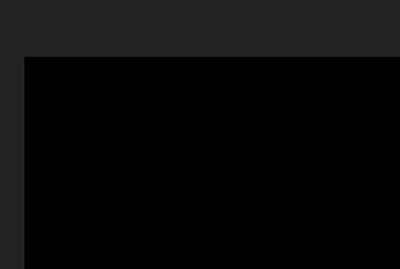 Artist’s impression of the view at Fiction, BAC (©The Flaneur, all rights reserved)

It’s not often you get to sit in complete darkness with a bunch of strangers. Or with a bunch of friends. I’m not sure why you’d want to, but the whole atmosphere is unique, and the excitement before hand was noticeable amongst the sell-out crowd queuing on the ornate stairs.

Before you enter the chamber you are handed a set of red headphones, and told you won’t be sitting next to your companion. Then you join the arty types filing into the large council chamber. (How did I know they were arty types? Easy – you have to be an arty type to go to a performance that takes place in the dark). A few practical instructions – take off anything luminous, in an emergency put your hand in the air and say help – are followed by some projected slides of a business hotel needing refurbishment. Then the lights are cut.

The pitchiest of darkness ensues. My night vision didn’t ever kick in and for the length of the performance I could see absolutely nothing. This intensifies the reliance on your lugholes  – I should mention that if you tend to deafness this work isn’t for you.

Soon a French-accented woman insisting on being called Duly rather than Julie is whispering in your left ear. She leads you on a guided meditation and tells you to go to sleep. You can probably see where this is heading, but to spell it out…You’re in a very dark room…Sitting on a very comfortable chair…It’s 7.30pm on a work day…And you have someone murmuring in your ear to close your eyes and go to sleep.

We’ve all been to theatre productions which have had the unintended result of sending you to sleep. Here creators David Rosenberg and Glen Neath have deliberately created an atmosphere where it’s hard not to nod off. They’re daring us to fall asleep, although doing that seems a waste of money and all the effort of getting to Battersea. The story unfolding in your ears is not interesting enough to keep you fully awake. That might be deliberate, but if it is, aiming to make a soporific show is a fairly low level to set the bar.

Deliberately Kafkaesque, Fiction starts in media res giving us no idea what is going on. It’s the sort of patchy tale with oddly important details that might well be a half-remembered dream. Maybe it is the French accents but whatever is going on sounds like you have been whisked to Alphaville. Or have got involved with the conceptual investigations of performance artist Sophie Calle.

Not much becomes clearer throughout the whole 70 minute performance. The little that does transpire is that we are being chaperoned by Julie before having to give a speech. To whom, about what, who knows? Another chaperone appears in our headset and bickers with Julie. They chat, break ornaments and discover people in their bathrooms. Sounds and noises from the hotel, from journeys, from life fill our ears, like the mismatched memories played back in your mind at the end of the day as you try to sleep. Mainly they are the hard-to-follow and slightly dull sounds of the chaperones’ inane conversations, though this is broken by SatNavesque voices giving us absurd instructions like After 3000 miles turn right. Nothing makes any sense.

Stereo is used well to suggest people either side of you, wasps buzzing about. The delivery and performance are unusual, well-produced, intriguing and worth experiencing. The content is much less exciting, leaving the audience confused and underwhelmed.

Weird but I liked it, one fellow boomed as we queued to hand in our headphones afterwards. His partner was much less effusive. Another claimed to have enjoyed it, but then admitted that – holding up his headphones – he had found a way to hook these up to my iPod. The premise is novel and as the lights dimmed the audience was keen and full of anticipation. Unfortunately the content is dreary and deliberately opaque.  The unusual experience can be recommended but intellectually Fiction is not a must-hear event.