Urquhart Castle is situated on Strone Point on the west shores of Loch Ness, a mile east of the village of Drumnadrochit. You can visit by car or bus, but we arrived by boat in the manner that visitors would always have arrived in the past. There is a small landing jetty and scheduled boats from Jacobite cruises bring visitors during the day. Urquhart was one of Scotland’s biggest castles and despite being ruined there is still a lot of the castle left to examine. The informative signs make it easy to imagine how things would have appeared centuries ago. 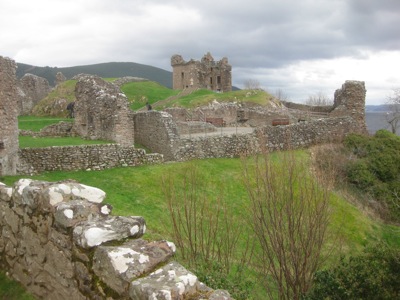 This is a place with a lot of history, much of it violent. The current ruins date from the 13th to 16th centuries, though there was an early settlement in the same location. The castle changed hands between the English and Scots several times following its capture by Edward I in 1296 until the end of the Wars of Scottish Independence in 1357. In the 15th and 16th century it was raided frequently by the MacDonalds, the Lords of the Isles. 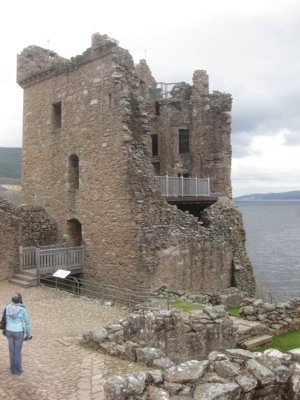 The buildings were laid out next to the Loch, with a 30 metre ditch and drawbridge protecting the western flank. The tower is a later 16th century addition which gives great views up and down the Glen and the Loch from the top. Even given the thick walls it must have been a very cold place to live. Areas of the castle that have been identified include the gatehouse, chapel, kitchen, great hall and constable’s lodging. To the west of the castle is a reconstruction of a trebuchet and inside the visitors’ centre there are several stone balls that have been found in the vicinity. These would have been used as ammunition for the trebuchet to attack the castle. 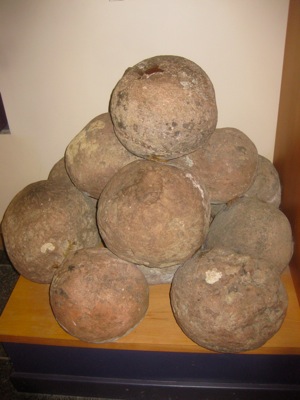 There is also a contemporary visitors’ centre with a cafe that sells a hot chocolate that works wonders against the Scottish ‘springtime’ weather. Here you can watch a short film that explains the history of the castle and several other finds from the castle, including a water ewer with a musket shot hole and samples of horn cups and metalwork. 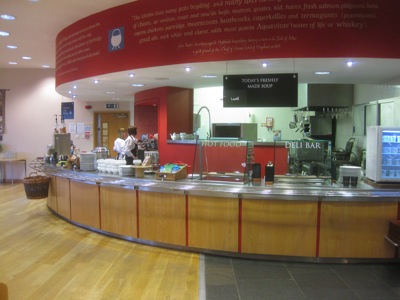 To prevent the castle becoming a Jacobite stronghold Urquhart was ‘damnified’ by Royalist troops in 1692.  This involved blowing up the gate house and important walls so that the castle was uninhabitable. The owner of the castle was allocated £2000 in compensation by Parliament but this was never paid.  Urquhart castle is one of Scotland’s most visited castles and is a must-see if you are anywhere near Loch Ness.

We travelled to Urquhart castle with Jacobite cruises. More details about the castle are available here.