The release of Bioware’s Sci-Fi RPG, Mass Effect Three, was met by the mainstream media with generally positive feedback. However, in addition to marking a milestone in Bioware’s history, it has become a popular icon of the dawning age of Computer-Centric Games. As anniversary upon anniversary rolls past the ever-popular PlayStation Three and X-Box Three-Sixty, game developers are beginning to reach their limit; games are becoming too big for the stagnant and hardly modifiable console systems, while Computers, on the other hand, are constantly evolving to keep up with the growing progression of technology. 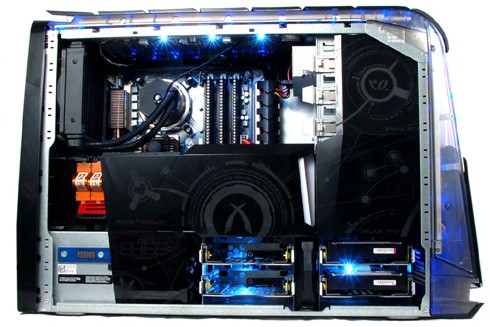 Citing Mass Effect Three itself, the PC version of the game offers improved graphics, more comfortable controls and higher audio quality than the PS3/X-Box 360 versions do. However, the connotation of the Computer-Exclusive-Games era having passed has made the computer appear a tired, old, outdated way of playing games. Still, many games released on the market today conform to this trend of PC-Superior games, but one thing keeping console gaming in business is the very thing that should be running it out. If you spend 500 USD on a console like I did oh-so-long-ago, you were set (in terms of hardware) for about the next decade, and you spend maybe 200-or-so USD each year of games. Now look at Computers: the games cost about 10 USD fewer, sure, but you may spend about 1,000 USD on a computer, and the cost of having to upgrade it to keep up with game quality almost ensures that consoles are more economically sound. 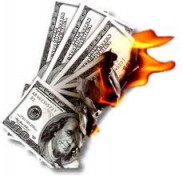 But these past few months have marked a cruel twist of fate for this long-accepted paradigm. I bought the PS3 version of Bethesda Softwork’s The Elder Scrolls Five: Skyrim the day it was released on November Eleventh. Soon after buying it I realized that many textures of the landscape were of poor quality and the game became nearly uplayable after 20 hours-or-so of play due to memory cap errors. As the months after the game’s release drew on, I began to see news popping up all around about people who built their own texture packs that could be downloaded into the game by those who owned it on the PC, memory overload dared not veer its ugly head towards those with hard drives holding hundreds of gigabytes of memory.

The advantages of gaming on the computer rather than on the console stares buyers down from its rather highly priced shelf as the legions of casual gamers prefer to keep their wallets intact, but what is it that signals the coming of a surge in computer game popularity? Games exclusive to the computer were very scarce not too long ago, as they are often ported to the PS3 and X-Box 360- that much is no secret. But there are things that have still been only mastered by the computer, largely through Steam: many full, tripple-a games are available free of charge that play well, sometimes on nearly any computer, can be played on the computer;  economically priced games that do not require expensive rigs to play and a huge library of independently developed titles exclusive to the computer that has just recently seen the light of day has cultured a growing interest in computer gaming. 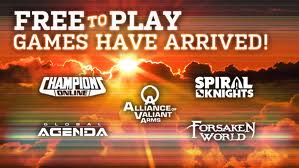 Nearly four years ago, a lecture was given by a man working for the studio Dice to a large audience attending a convention. This was around the time in which games played through FaceBook were rapidly gaining popularity. he said that there was a reason free-to-play games on a free website pulled down millions of USD in their beginning years alone: Free games are designed to have high replay, or continual play, value so that you spend the maximum amount of time playing them. Every free game today pulls down revenue by making the game easier for someone who pays for it. In Valve’s Team Fortress 2, you can buy weapons, and in the popular FaceBook title ‘Mafia Wars,’ you can perform more missions each day by buying ‘energy.’ So if you play TF2 with a friend and he beats you a lot, in your mind you think ‘Well I know I am the best, but if he is beating me, he doesn’t know it. So I could either keep playing and hope I find a weapon that can help me beat him, or can spend a dollar and buy it now.’ Well eventually someone is bound to spend that dollar, and if you need to buy weapons to get better, you may not be all that good at the game, so we can say that your plan didn’t work too well, so you think to yourself ‘Well that didn’t work, but because I was willing to spend a dollar on this game, I must be dedicated! So what is to stop me from just spending five dollars on this weapon?’ And so you do. Before you know it, you have bought a game for ten dollars, and another for twenty! 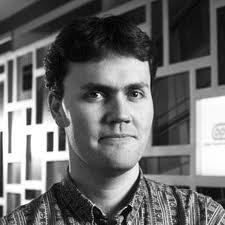 There is a direct correlation between the abilities of developers and the evolution of technology as a whole. That is, as time goes on, the potential limits of games are stretched further. However, gaming consoles serve largely as a sort of handicap to development: game producers know that more people play games on consoles than on computers, and those people are also willing to pay more for their games on consoles than on computers. So of course it makes economic sense to orient your games around consoles which may be using technology out of date by several years. But as more people begin to use the computer as their gaming machine, we may see an even greater surge of games available exclusively for the computer, and it would only make logical sense that these games of the new computer era will have greater capabilities of conveying the meaning of a game. Previously I wrote about the game Infamous, and while its concepts of Good and Evil were engaging, the poorly constructed moral-choice system was distracting at times, but I could hardly blame the developer SuckerPunch for this, as a conceivable, working moral-choice system would require the scope of the game to be exploded outwards to a size that a console would not likely be able to house. But in the future, the spiritual successors of these games may be gifted with greater chance- born into an era that is more suited to convey the artistic meaning of these great works. 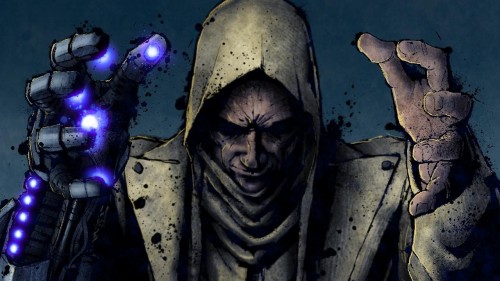