Nicole Vinokur is the project space artist at Tintype Gallery for 2016.

This is an annual event in which an artist is invited to use the gallery as a studio or working space followed by a show. Previous artists have been An Gee Chan, Tom Woolner, Florence Peake, Beth Collar, and Holly Slingsby.

Nicole Vinokur’s project is called Paridayda and  is an experiment in turning inside space into a faux outside. 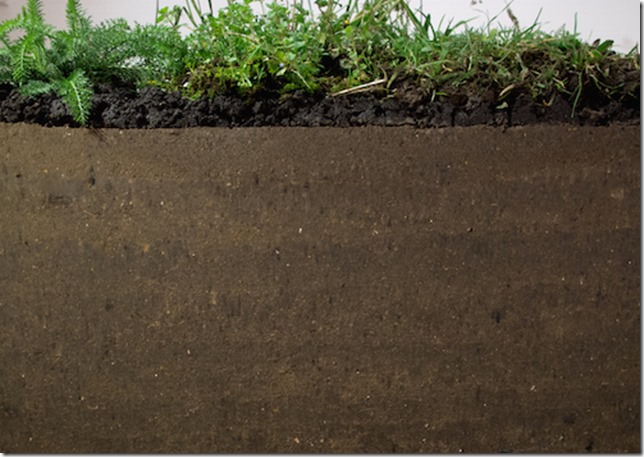 Vinokur will cultivate a meadow inside the gallery; deliberately and incongruously offering a phenomenon dislocated from its origin. Once it has become established, the meadow will be open to the public as an immersive installation – people can walk barefoot, sit or rest within the space. Alongside this the artist is offering a series of graving walks to some of north London’s many churchyards and cemeteries. She is interested in creating a sensory space of encounter in which concentrated experience and closeness to our own materiality and mortality can come into focus.

Material, physicality, process and impermanence – the accretions of time through layering – are motifs of Nicole Vinokur’s interdisciplinary practice. Her monumental Giotto’s Cosmic Crush made for her RCA degree show last year, was constructed from chalk, marble dust plaster and a single bronze cast fly. The piece is suggestive of a sarcophagus or tomb and integrates notions of trompe-l’oeil – Lacan’s ‘lure of the gaze’ disrupting the relationship between image and reality.

Nicole Vinokur, a 2015 recipient of the Red Mansion Prize, is currently working on a long term project with Grizedale Arts recreating Ruskin’s Road in the village of Coniston, Cumbria.