A glittering parade of all the competition entrants brought the Concorso d’Eleganza Villa d’Este 2013 to a fitting conclusion last Sunday. Thousands of visitors had once again travelled to the shores of Lake Como for this tradition-steeped event in the grounds of the delightful Villa Erba to delight in an ultra-exclusive line-up of historical cars. The jury and assembled galleries crowned the “Days of Elegance” by selecting the prize-winners from the numerous high-calibre examples of historical automotive art. The jury awarded the Trofeo BMW Group for “best of show” to the Bugatti 57SC Atlantic from 1938 which also won the Coppa d’Oro Villa d’Este prize decided by public vote. 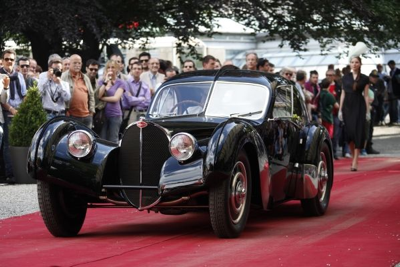 The backdrop and atmosphere of Lake Como, coupled with the exquisite line-up of vehicles and the enthusiasm of the spectators, ensure that the Days of Elegance in Cernobbio is without parallel.

“The competition entrants and the special exhibitions at this year’s event have taken it to a quite extraordinary level,” explained Dr. Ralf Rodepeter, Director of the BMW Museum and member of the Concorso d’Eleganza Villa d’Este 2013 Selecting Committee. “We’re therefore delighted that more than 6,000 visitors came along to experience the event on the Sunday alone.” 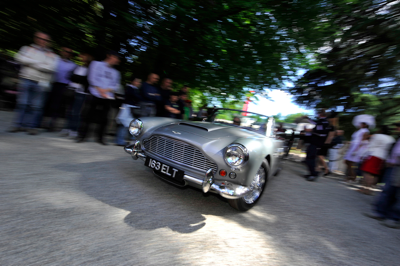 The Concorso d’Eleganza Villa d’Este was held for the first time in 1929 in Cernobbio, northern Italy. Since 1999 the event has taken place in the grounds of the Grand Hotel Villa d’Este and Villa Erba under the patronage of the BMW Group.

This year the Concorso di Motociclette, launched successfully in 2011, adopted the “90 years of BMW Motorrad” anniversary as its focal point. A special exhibition at Villa Erba featured over 30 leading lights from BMW’s history of “sheer riding pleasure”, including the BMW R 32 – the company’s first motorcycle – presented in 1923.