London has welcomed over 16 million international visitors in one year for the first time in history, making it one of the most popular holiday destinations in the world. This should continue in 2014 as London has some exciting events coming up. 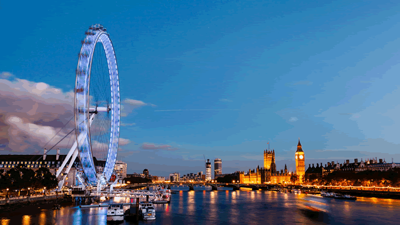 The British Museum, boosted by exhibitions such as ‘Life and death in Pompeii and Herculaneum’, was the most popular attraction with over 6.7 million visitors – making it their most successful year on record, and they will be hoping for that to continue with the upcoming ‘Ming: 50 Years that changed China’ at the British Museum. Other major cultural events this year will be ‘Constable: The Making of a Master’ at the V&A and ‘Rembrandt: The Final Years’ at the National Gallery.

Ming at the British Museum will include rare loans of some of the finest objects ever made in China, and will tell the story of this critical period in Chinese history. The Constable exhibition at the V&A will reveal the hidden stories of how the artist created some of his most loved and well-known paintings, while Rembrandt at the National Gallery will bring together approximately 40 paintings, 20 drawings and 30 prints by the master to offer visitors a once in a lifetime opportunity to experience the passion and innovation of his late works.

“The world collection at the British Museum belongs to and is used by a global citizenship in London. One in four overseas visitors to London comes to see the collection which spans two million years of human history. We continue to explore world cultures and their cultural connections in exhibitions from Roman Pompeii and the Viking Age to Shakespeare’s world and Ming China.”

Among many other 2014 events is the commemoration of the 100th Anniversary of World War I with the re-opening of the Imperial War Museum in July and the ‘Great War in Portraits’ exhibition at the National Portrait Gallery. Together with an exhibition about fictional detective Sherlock Holmes at the Museum of London, the Thames River Festival in September, the Tour de France and the Rugby World Cup this year offers a feast of cultural activities for visitors.

If you want to join the visitors to London for these upcoming events visit VisitLondon for more information.