Masquerade Balls were all the rage in 18th century Venice, when carnival season would extend for months and wearing masks was so prevalent that the government had to legislate against them to protect public morals. In contemporary England the chance to sidle incognito into parties is much less common, but thanks to Cubanisto this summer will see several secret #HouseOfMask parties inspired by the exploits of those Italian trend-setters. 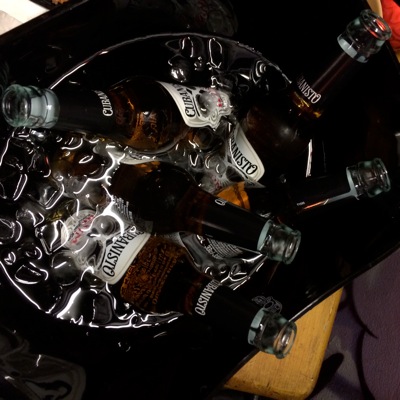 The first of these parties took place at The Laundry in London’s East End. Being given a wristband at a nightclub door might be normal. Being handed a golden mask is less so, at least amongst the places I frequent. Cubanisto know how to put on a party. The venues are mysterious, signage is non-existent and the happenings are curated by musicians, DJs, artists, directors and photographers. The Laundry rocked with thumping music and ethereal animations as street artists like Captain Kris and the Lost Souls crew decorated the walls. Pixel stick photography was available for friends to create unusual images of the evening, though most of the crowd bounced happily to the music in the centre of the underground venue. At least I presume they were happy. As many were wearing masks it wasn’t easy to tell.

With everyone drinking the new beer, what’s it like? There’s a slight aroma of treacle, followed by a malty kicker and hints of citrus in the taste. Sweet and highly drinkable, as you drain another bottle bear in mind it’s also 6.9%. 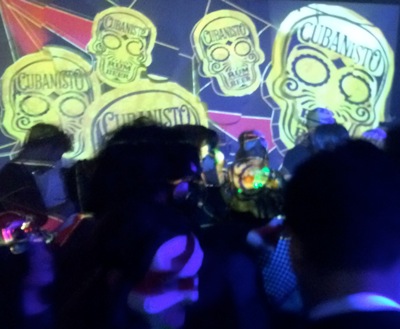 The House of Mask is a fun evening and has one distinct advantage over Venice: there are no canals to fall into on your way home. But make sure you go with people you know well. Otherwise when the lights dim and the masks go on you’ll find it hard to know who’s who.

The next party is on Friday 29th May 2015 at The Institute in Birmingham, featuring Prok & Fitch and Peter Griffiths. Others will take place in cities across the UK including Birmingham, Manchester and Liverpool with the final Halloween Special taking place back in London in October.