After the fun of Sheffield Doc/Fest I only had to survive a few days without going into a cinema before I was off to the Edinburgh International Film Festival. I was going to drive there right up until I saw how far it was, when suddenly the train seemed like a good idea. The journey went swimmingly until Crewe, where my connection arrived late and slow – although with plenty of apologies and explanations over the tannoy.

Onboard the lights were dim and an announcement said the train was only travelling at 50% power. Ctrl-Alt-Delete is often the only way forward with computers and so it proves with trains.

‘The driver is about to try a full reset,’ we were told, which sounds more professional than saying ‘We’re not sure what to do so we’re going to try turning it on and off again,’ but is pretty much the same. ‘The lights will go out, the train may tilt…’

The ticket collector walked through the darkened cabin. As the reset was unlikely to add time travel to the train’s abilities I asked for an expert view on getting to Edinburgh now that I was going to miss the connection at Lancaster.

‘Change at Carlisle and pick up one of our’s behind,’ he advised.

‘Is Carlisle before or after Lancaster?’ I asked.

‘It’s the last English station!’ he said in what I noticed was a Scottish accent. His tone suggested he was not impressed with my knowledge of the geography of the British Isles. I did study geography at school, but it was nothing to do with where places are. For some reason it was all glaciers and how to spot an ox-bow lake.

At Carlisle I got on a full-speed Virgin Pendolino train. Pendolinos tilt. Which is great for going fast round corners. Not so great if you get car sick. Normally I can read on trains, type on trains, generally have a great time on trains. Now I tried reading my copy of Robert Capa’s memoirs and in minutes was feeling as though I was enduring a high-speed bus journey along a particularly twisty Alpine road. 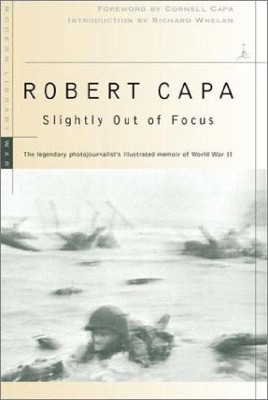 I normally feel OK if I do the driving, but I doubted Virgin trains would let me take over those particular duties. Instead I tried to find a window to open to get a breath of fresh air. Unfortunately Pendolinos are hermetically sealed. I sat huddled in my seat and wondered what to use as a sick-bag…

Luckily I made it to Edinburgh without any such need. I arrived at Waverley station, asked directions, went the wrong way, looked at a map and went the wrong way again. Eventually I found my lodgings, dumped my luggage and headed out to the film festival. I’m a great believer in seeing a film as soon as you arrive at a festival. It makes the hours of travel worthwhile. I headed straight to the Film House and asked what was next up. It was Mushrooming and you can read the review here.