Japanese artist Meiro Koizumi will investigate social and historical taboos in a new work for the BMW Tate Live: Performance Room on 13 June. This is part of a pioneering strand of live, online performances simultaneously seen by international audiences across the globe at www.youtube.com/user/tate/tatelive. Audiences are invited to enter this online performance room at 20.00 hrs in the UK and exactly the same moment across time zones on the specified dates – 15.00 hrs on the East Coast of America, 21.00 hrs in mainline Europe and 23.00 hrs in Russia. The global audience is encouraged to chat with other viewers via social media channels during the performance and to put questions to the artist or curator following it using their Twitter, Facebook or Google+ accounts and the hashtag #BMWTateLive. 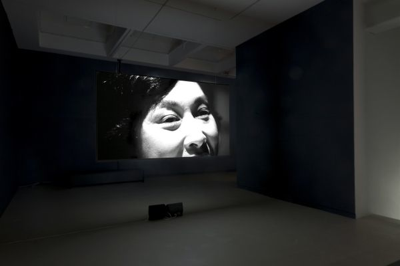 Meiro Koizumi is known for video work that examines generations of Japanese culture and history. Some of the darkest moments, such as the Japanese involvement in WWII, are recurring subjects in his work. For example, “Defect in Vision” 2011 features a Japanese couple discussing a forthcoming holiday. Both are blind. This fact seems unusual when we see the husband’s death in a fighter plane interspersed throughout the film.

The artist lives and works in Japan. He studied at the Chelsea College of Art and Design, London, and the Rijksakademie van Beeldende Kunsten, Amsterdam. Previous exhibitions include the Museum of Modern Art, New York (2013), the Art Space, Sydney (2011), and the Mori Art Museum,Tokyo (2009). His two screen video installation, “Theatre Dreams of a Beautiful Afternoon” 2010-11, won the Grand Prize at the 15th Asian Art Biennale.

BMW Tate Live is a four-year partnership between BMW and Tate, which focuses on performance, interdisciplinary art and curating digital space.