The Chef, starring Jean Reno, Michael Youn, and Raphaelle Agogue, has so far received lukewarm reviews in Australia.  One review suggested it was downright bad.

My advice is to check this film out for yourself.  I saw it in the delightful art deco Hayden Orpheum cinema at Mosman, Sydney.  The crowd in the cinema seemed to be reacting the same way I did, which was with mirth and enjoyment.  Jean Reno, for those who recall him as an action star, plays light comedy well.  Unknown to audiences here, Michael Youn brings an almost Jackie Chan comedic style to his work. It is very high energy, and he carries it off with sufficient style to cover the gaping holes in the plot.

As a classic French farce, the film is not meant to have a tight plot.  A storyline which allows the characters to show their talents is sufficient. In this case, the plot is unbelievable, but do not worry about that.  Enjoy the scenes as master chef Jean Reno deadpans reactions to exploding molecular cuisine dishes and fawning critics.  Thrill to the tasteless scene in a ‘molecular’ restaurant where Reno and Michael Youn dress improbably as a Japanese couple in order to steal menu secrets from their rivals.  ‘Ooh and ahh’ as Michael Youn proposes to Raphaelle Agogue before having a dessert (improbably whipped up in seconds) thrown in his face.

Perhaps it is the soundtrack, or the subtitles, winning me over but I found this film charming and funny. The lack of a supposedly serious plot is a strong point for this type of farce.  If you recall the joy of Gerard Depardieu in ‘Green Card’, and what an improbable plot that film had, you will be keen to see Jean Reno at work in ‘The Chef’. 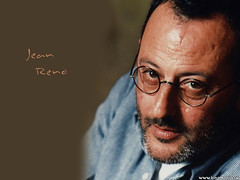