I had never seen an exhibition all about ‘invisible’ art before, nor had ever really thought much about art that you can’t see. But I was at a loose end and it was raining so I thought why not. 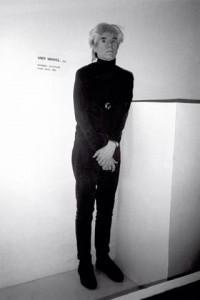 The first thing I noticed about the exhibition space was that everything was white, bright and big. It showcased a fair amount of work from different artists each with their own unique take on unseen art. The first room featured some work from Yoko Ono who produced small white sheets of paper with black typed ink stating the instructions for making a painting that never existed, inviting the viewer to use their imagination to create in the painting in their minds eye. I thought this was clever because every person who looked at the artwork would see something different and it would be in part their own creation based on how they had interpreted the instructions.

In the second room I surprised when asked to look at numerous white sheets of paper and read the title and imagine the colour or image on the sheet of paper. The artist behind this work was Bruno Jakob, personally I found it to be a bit of an emperor’s new clothes moment. However Tom Friedman’s ‘Erased ‘Playboy’ Centrefold’ proved to be more interesting, but again I was looking at what appeared to be another plain and blank sheet of white paper, but this time the artist had erased the playmate that once featured on the paper and so I tried to imagine what ought to be there filling up the space. It’s strange when there’s nothing there I find myself wanting the space to be filled up with something, anything, blankness makes me uncomfortable.

The third room, I shall call the dark room, made me terrified. Art that is able to evoke such a strong emotional reaction within the viewer is defiantly worth seeing. There was a warning sign outside, stating that if you required assistance or wished to avoid the room you ought to contact a member of staff. I opened the curtain and black nothing engulfed me. There was no light in the room, I couldn’t see anything, I couldn’t even see if it was a room or not, there was a horizontal strip-line of amber at the other side of the black-nothingness, at floor level which I guessed was the exist. I needed to make it over there to the amber, that was my mission, but I was frozen with fear. I couldn’t move, what if there was a monster that would jump out and gobble me up? Even though I was the only person in the black-nothingness, it felt like something else was there with me, an evil lurking presence. I knew I was being ridiculous, but I was still sacred. I waited for ages and then I knew I had to move because it would have been way too embarrassing going to find a member of staff to help me walk across what was essentially an empty, black room. I felt the wall and used that to guide me as I crossed the black-nothingness.

The next two rooms I didn’t find that interesting, maybe I was still distracted by the black-nothingness experience, but I didn’t think much of them. The final exhibition piece was a large, white room with nothing but air-conditioning to fill it. I liked this room a lot, it was nice and bright and friendly. It reminded me of being in a cathedral, in a large spiritual space, the home of an invisible god.

Overall I took a lot from the exhibition and it made me reflect upon art from a different perspective and to appreciate the value of nothingness. I enjoyed it a lot and would defiantly recommend visiting. It was way better than Damien Hirst at the Tate, in my humble opinion and it wasn’t full of American tourists, always a positive.