Sometimes at big airports it can feel as though the walk from security to the gate gets you halfway to the country you are flying to. Things are happily less taxing on shoe leather at London City Airport, located six miles east of the city of London. A short trip on the DLR will get you there from Bank and one of the best features is that you check in here and get on the plane over there, with absolutely no hiking or travelators involved. 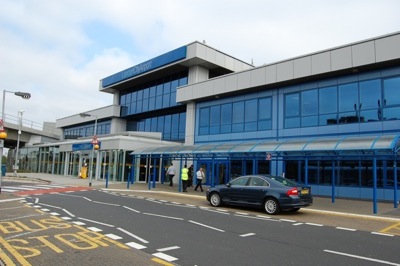 Last year London City (LCY) celebrated its millionth flight and 36 millionth passenger since it opened in 1987. Located in the former docklands, the runway is surrounded by water, giving a slightly Venetian twist to the views as you take off. Being in a metropolitan area the runway is only 1.2 km long, which limits the size of planes that can use the airport. Pilots are specially trained to cope with the steeper landing and take off angles that are required. Once airborne you get fantastic views over parts of London you rarely see from the air. 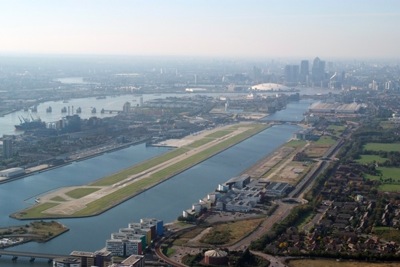 Inside the airport, the City Bar and Grill has been voted one of the top airport lounges in the world and features quirky design touches like bowler hat lights and umbrella works of art. The menu has a good selection of food and wine which you can enjoy whilst watching the activity on the runway a few metres away. 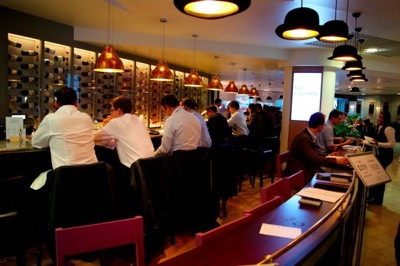 When London is being appended willy-nilly to places as far from London as Luton and Stansted it is nice to fly from an airport that is actually in London. Given its location London City will always cater for business travellers, but it also has routes to leisure destinations like Palma, Ibiza and Mahon and flights to ski resort gateways like Zurich and Geneva. With recent statistics showing that LCY has the most on-time flights in the UK, it is time to consider London City airport even if you are not travelling in pinstripes and a bowler hat.