National galleries of art usually start as the collections of monarchs or high-ranking citizens. When they die of old age, or have their heads chopped off, their paintings pass to the state in what is sometimes a generous gesture but is more often a clever tax dodge. The Swiss art collection on show at the Kunsthaus in Zurich is different. It has been slowly built up since 1787 by a local organisation known as the Kunstlergesellschaft or Zurich Society of Artists. Rather than being the collection of one chap with a lot of money this is mainly the collection of one city with a lot of money, which means the works are more diverse than they would otherwise be. Since 1910 the works have been displayed in a museum on Pfauenplatz designed by Karl Moser, a building designed in a free-form classicism and decorated by Oscar Keifer. 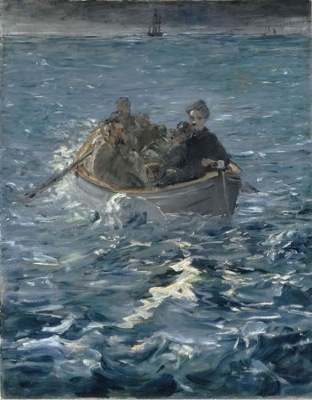 The layout of the museum takes some figuring out, until you realise (or a guide tells you) that the room numbers on the plan are not related to the room numbers on the walls. Once I had that anomaly sorted I could skip round the gallery with ease, taking in Manets and Canalettos, some Fauvist excitements and a large collection of Munch. Franz Hals and Rembrandt hang side by side, giving the impression that Rembrandt struggled and struggled with his vision, whilst Hals just slapped the paint on and then went to the pub.

There’s a comfortable collection of Venetian views by the usual suspects. It’s hard to beat a good picture of Venice for sheer bravado. No matter who painted it you still come back to that one crazy fact – Look! They’ve got rivers where there should be roads! If you’re a landscape painter and want to immediately make your work more thrilling, get thee to Venice. 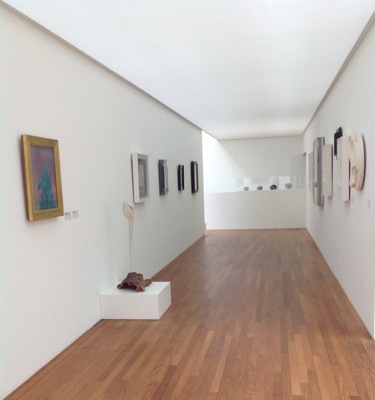 The Dada corridor at Zurich kunsthaus

Zurich was the birthplace of Dada. Having visited its home at Cabaret Voltaire I was hoping for seven or eight rooms devoted to the anarchic WW1 rebels, but I suppose the Kunsthaus was one of the places they were rebelling against. There is a small corridor of works, though it does include original pieces by Pacabia and a faded work from 1918 by Marcel Janco.

The Kunsthaus has many works by Swiss artists, a medieval collection and rooms devoted to Netherlandish and Italian Baroque painting. It also has pieces by Matisse, Van Gogh, Gauguin and many of the other modern big-hitters. Most of the art is shown on the upper floors, but don’t miss the large holding of Giacometti on the ground floor, showing the development of his work from youthful self-portraits to his famous emaciated sculptures.