Long ago when mobile phones were the size of houses and the closest thing to the internet was the loading screens on a zx spectrum. There was a kid who could almost always be found scribbling away. Conjuring up imagery of anything and everything from hyper advanced cars to magnificent beasts. That kid was me, surrounded by wall to wall drawings and the notion of being able to creatively invent things not possible in this world pushed Scott further down the realm of Art & Design After graduating from Duncan of Jordanstone college of Art & Design in Scotland United Kingdom. he started life as a freelance illustrator and has never looked back since.

First of all, how did your interest in art making begin? How old were you?

Personally, I don’t really know exactly when it happened as I have always been interested in art in some shape or form and its also been something that’s played a large role in my life.

Probably the first instance of when my interests peaked was when I was roughly 6 or 7 years old, when a supply teacher commented on my interpretation of trees which I scribed many moons ago.

How does where you live influence and affect the type of work you make?

I suppose there are some influences in there but most of my influences are taken from the things I experience and/or see during my travels.

Who do you look up to in the contemporary art world?

Difficult to say, most of the work that I am fond of are from the mid 50s onwards. Although I do look and admire a lot of work produced by my contemporaries, I feel that it’s also best not to spend too much time looking around at what other folk have been doing.

Still like to look at the likes of Paul Rand, Saul Bass and the unsung illustrators/designers that produced imagery that was used for small things such as matchstick boxes which was largely taken for granted back in their day.

Your imagery is always colourful, bold, vivacious. Why is that? Is that part of your personality too?

It depends on what I feel is right for the piece and whether it fits with the general message I want the piece to communicate over.

Do you enjoy abstraction? Despite your wonderful figures, there does seem to be an element of interlocking shapes and organic forms (especially in ‘Rocket’).

I guess I do to some extent, I kind of treat the way I work as if its one big jigsaw puzzle where all the elements must work and feel right together before I move onto something else.

It’s something I feel plays an integral part in what I do.

Finally, are there any mottos/sayings you keep coming back to and which see you through?

In the words of the great and influential Parappa the Rapper ‘I gotta believe!’ 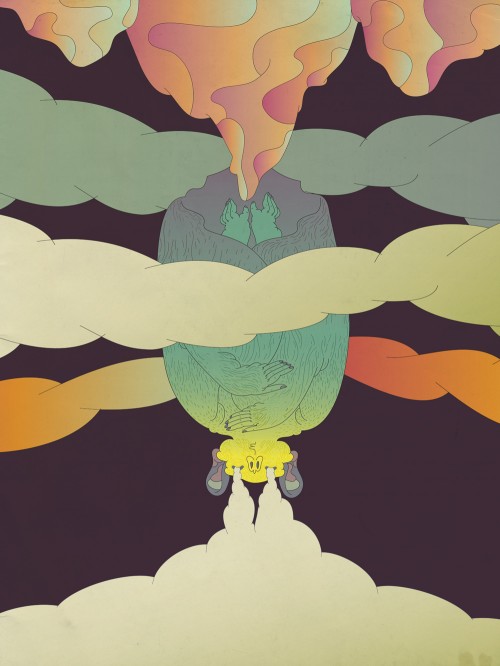 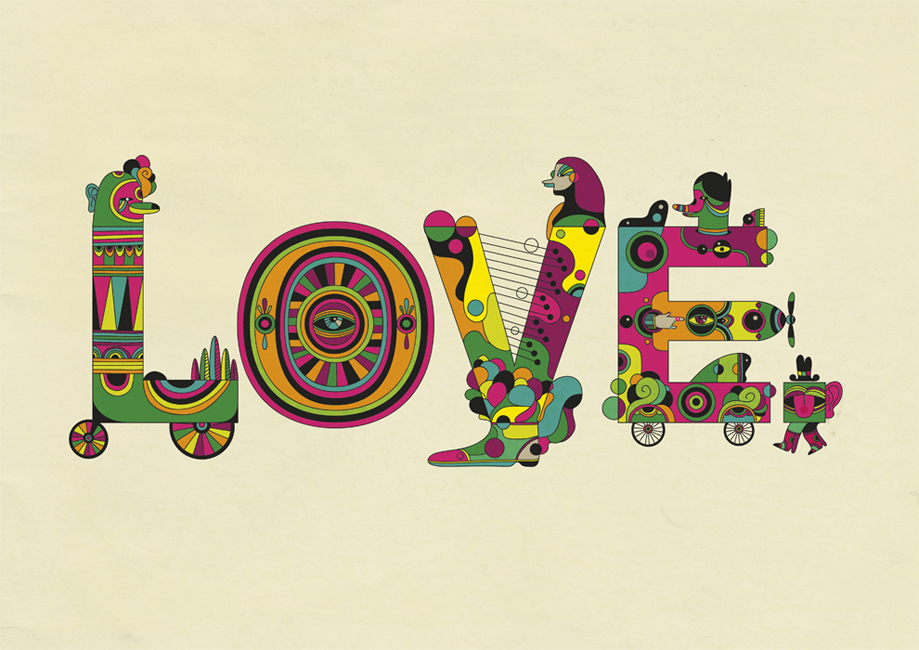 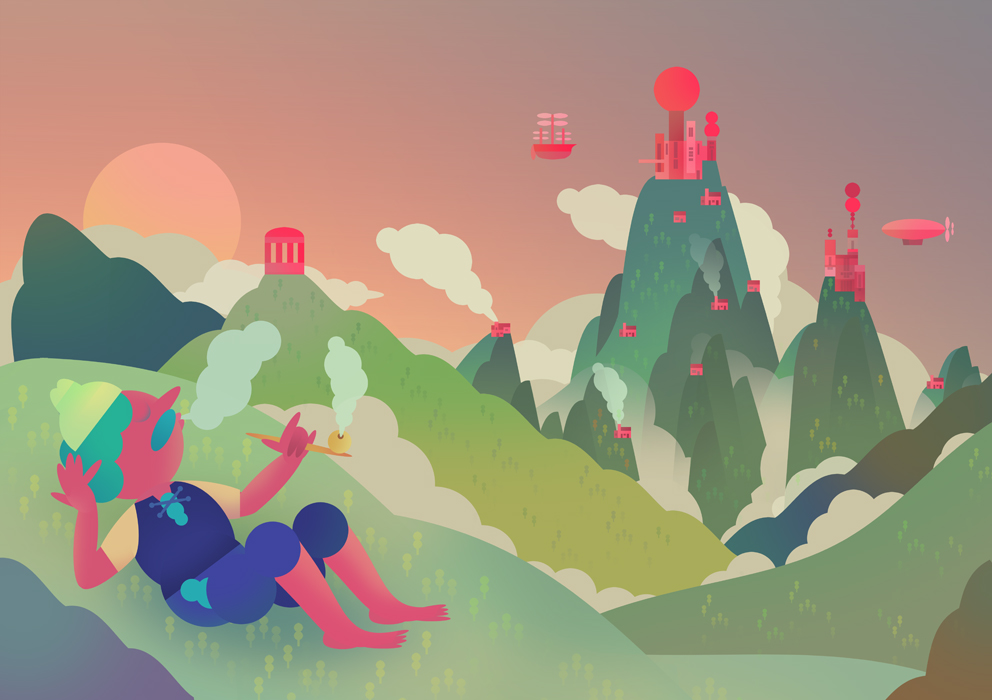 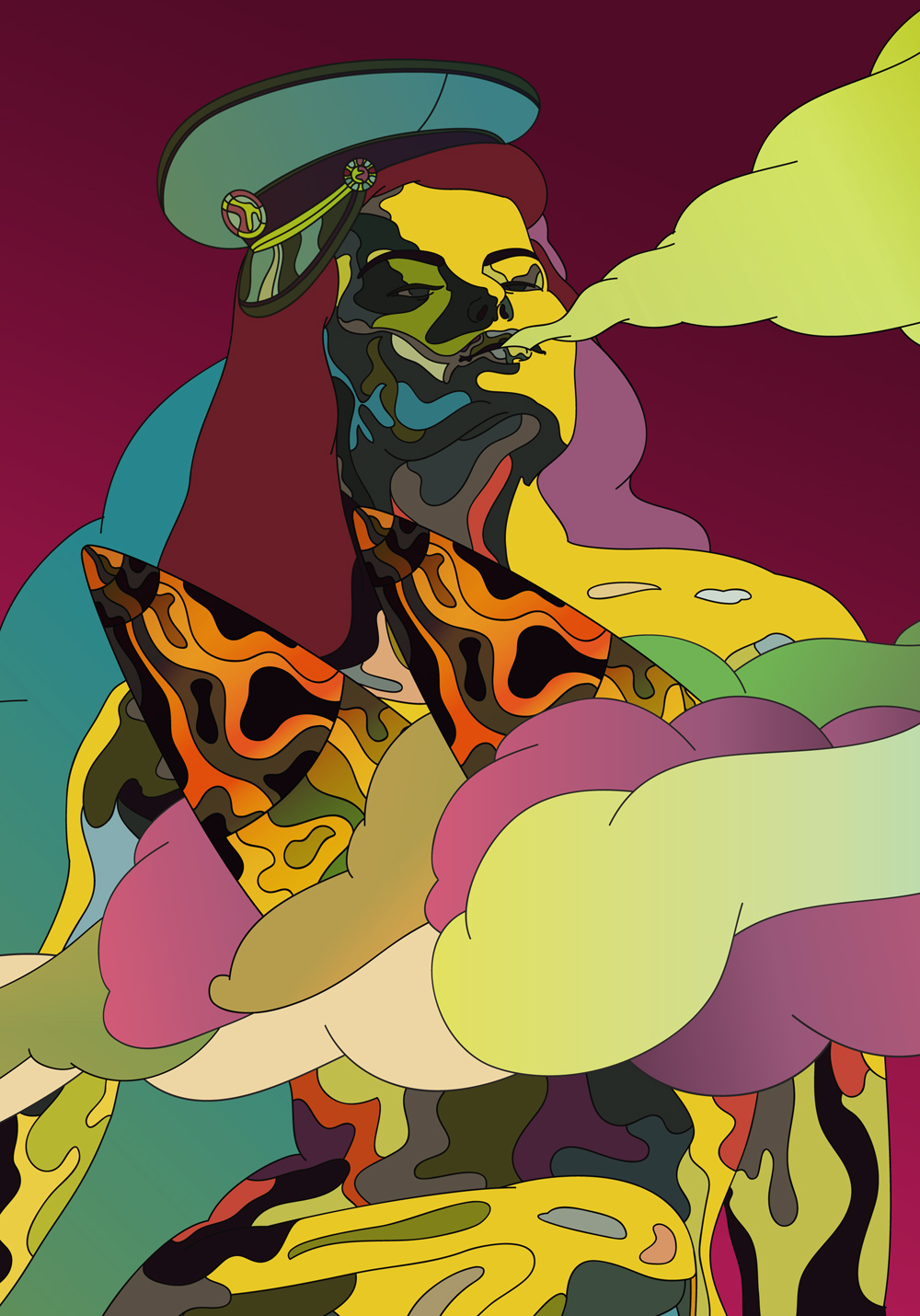 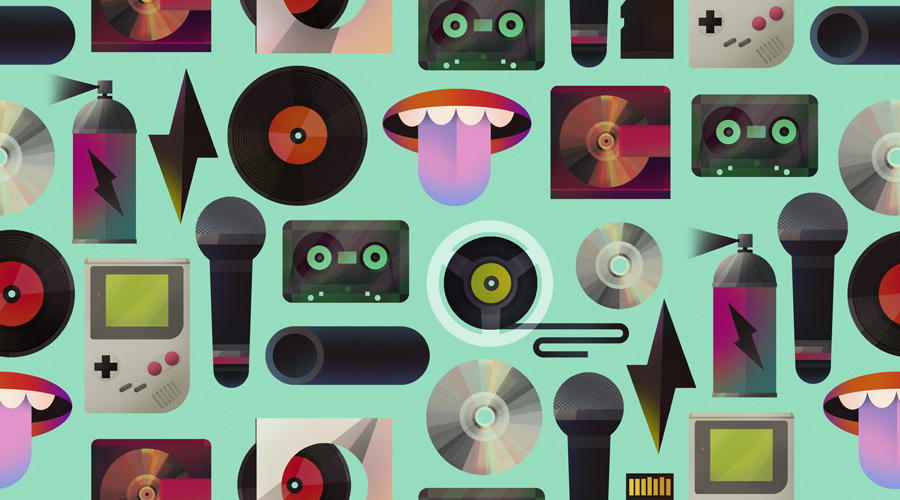