Eating different food is an exciting part of travelling. Of course in most places you can live on Big Macs and fries if you want to, but tasting the local delicacies is far more fun. ‘Sampling the local food is more important than seeing the local sights’  is a quotation I’d like to attribute to Goethe or Lawrence Sterne, but actually I have just made it up. Nevertheless it could contain a soupçon of truth. 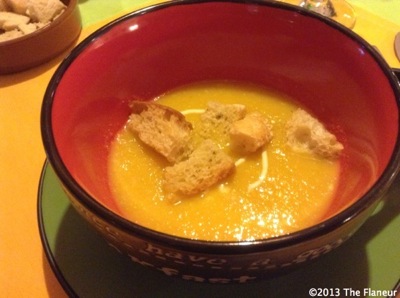 Talking about soup, we had a couple of bracingly different soups in Armenia. First was a lemon soup, served at the Ulung restaurant  in Yerevan. Strangely the lemony taste wasn’t the biggest shock. That was that it was served cold. Nevertheless it was rather a favourite. Refreshing and left room for the umpteen other courses that make up an Armenian meal. We had another soup at the Tufenkian hotel in Dilijan. I’d thought lemon was an unusual flavour, but here we were served a soup of apricot and mushroom. Armenia is so famous for its apricots that the Latin name for them is prunus armeniaca. They turn up in all sorts of dishes – I had them for breakfast the same morning – but I hadn’t yet tasted them in soup. I wondered how the sweetness of the apricots would work with the mushrooms, but they were not the most mushroomy of mushrooms and the sweetness wasn’t fighting with a strong porcini flavour. It was really a sweet soup. And it was served hot. 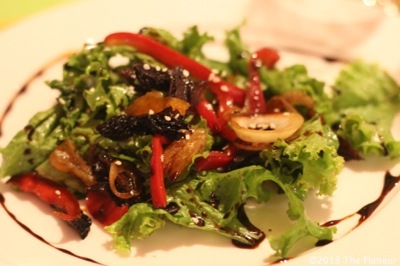 Salads are a big part of Armenian meals, often served as a first course before fish or meat. This one was from Charents 28 in Yerevan. 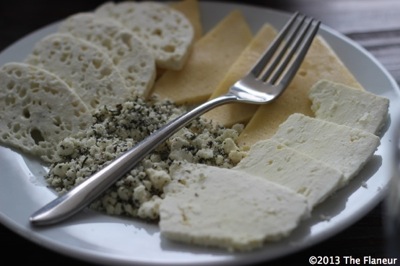 Cheeses are also very popular, especially Lori. Others include Chanakh and Horazt, though unfortunately I can’t point out which is which. In my experience these are never served at the end of a meal British-style, but are on the table all through the meal, to add to the other courses as you wish. The selection above was served at the restaurant next to the Tatev cable car. 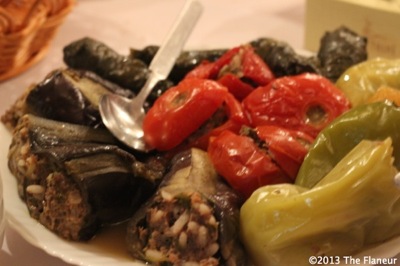 Dolma are popular all through the region. Mince and long-grained rice is stuffed into tomatoes, aubergines or other vegetables. It can also be wrapped in grape leaves. The plateful shown above was served at the Mirhav hotel in Goris. 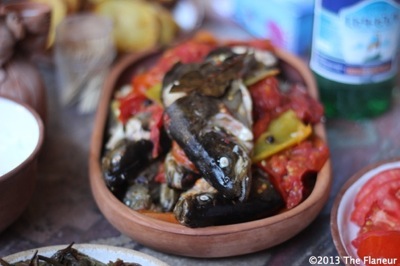 Fish is an important of part of the diet. This may sound surprising as Armenia is landlocked, but it has the large Lake Sevan in the north east, which supplies sega and other fish. We had a plate of meaty Karmra khyat at The Cave Cafe on the way to Noravank Monastery. The lake also supplies crayfish which we sampled as kebabs in the Bashinjaghyan Teahouse, on the shores of the lake. 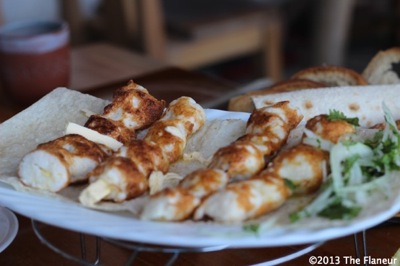 When you are travelling you suddenly start eating much more for breakfast then at home. The Historic Tufenkian hotel in Yerevan served a large buffet.  It looks like I had a fairly heathy meal – but I had another plateful as well… 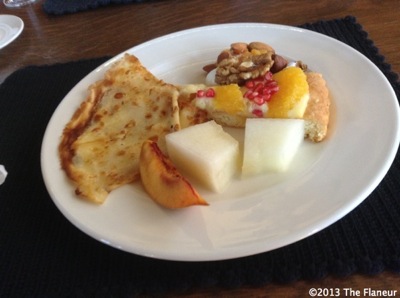 Finally I have to mention Lavash. This is an Armenian flatbread. Versatile and very thin it is available at every meal. 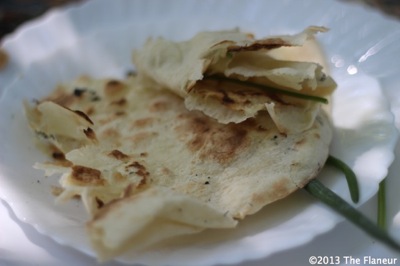 There are a few dishes for you to try when you visit Armenia. There are of course many others, so get to Armenia and get tasting!

We were travelling as guests of the Armenian Competitiveness Foundation