The National Gallery of Armenia is set on the large Republic Square in Yerevan, just in front of the singing fountains*. Established in 1921 with a large purchase of works by Armenian artists it now has over 26,000 artworks, a selection of which are displayed in its 56 galleries and 8 floors. It is a large building, with grand staircases that make you grateful for the lift. I recommend taking it to the top floor and then walking down, Guggenheim style.

As well as a large collection of Armenian art there is a floor devoted to European works. A tondo by Botticelli is skied high on a wall and there’s also a large Rubens along with several other Western favourites like Goya and Van Dyke. If you haven’t seen enough Greek pottery on your travels then there is a small collection alongside the Renaissance masters. 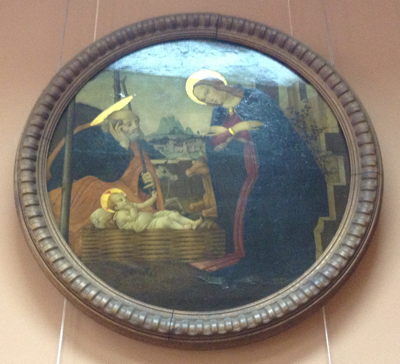 Visiting the gallery is most valuable for giving an insight into the Armenian tradition that has not been included in mainstream Western art history.The most famous Armenian painter is of course Ivan Aivazovsky. I can state that fact as though I was brought up with his paintings on my nursery wall and have always known his work, but in fact I saw it for the first time in San Lazzaro, Venice a couple of weeks ago. Wild seascapes with a hint of Turner. 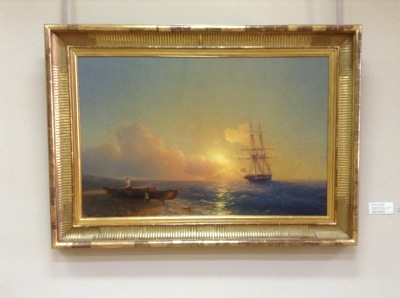 Another well known Armenian artist is Martiros Saryan and he is well represented in the gallery. He lived in Paris in the 1920s and experimented with the techniques of every art movement that was going. His portraits from the Thirties are brisk and thinly painted, but the still lifes on display don’t work as well. The museum has a large number of his canvases, and his part of the museum would benefit from some editing of what is on display.

Several East-European artists have clearly been influenced by Western artists. A portrait of a woman by Stefan Dimitrescu is as much about the wallpaper as the model and is reminiscent of Bonnard. Lucian Griorescu’s palette in his Rural Landscape owes something to a Monsieur Cezanne.

In the Soviet days the Yerevan museum was ranked third in the Soviet Union, after the Hermitage Museum in St Petersburg and Tretyakov Gallery in Moscow although it is hard to discover if this was by size or quality.  Either way, if you are in Yerevan it is worth a visit. When we went there were no crowds and we had the large rooms and paintings to ourselves. It’s big though, so allow plenty of time if you want to have a thorough look round.

*Singing Fountains!? I envisaged water manipulated so cleverly that it sounded as though it was a man singing opera. This is not the case – the fountains don’t actually sing, they move in time with music. Dancing fountains would seem a more appropriate name. The shows are in the evenings – if you experience one please tell us what it is like, when we visited they were silent.