Part 2 of our survey of the treasures in Rome’s Capitoline museums. Statues are the biggest draw in the collection, although there is an art gallery on the top floor of the Palazzo dei Conservatori. In any other museum this would be regarded as a must-see. Here though there are so many other artworks vying for your attention… 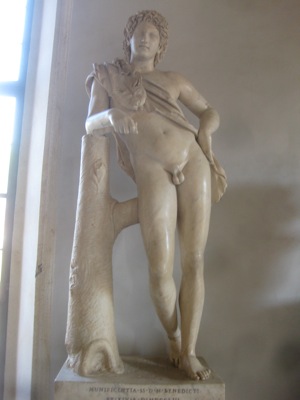 A copy of the famous Satyrs attributed to Praxiteles

Fragments of colossal statue of Constantine 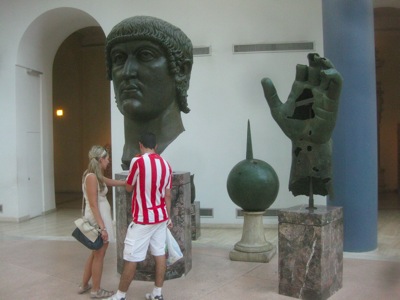 Part of the museum’s collection since its founding in 1471. The hand would originally have supported the globe. 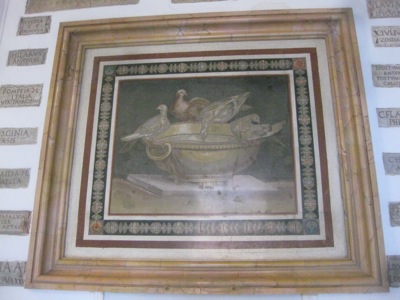 Found in Hadrian’s villa in Tivoli this mosaic is composed of tiny fragments. 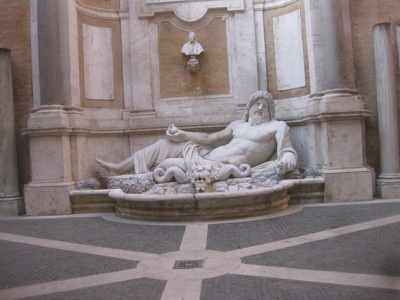 This statue used to sit at the base of the Capitol hill. Ancient Romans used to attach critiques, poems and written attacks to it, signed with the anonymous name Pasquino. Thus it was seen as the first talking sculpture. 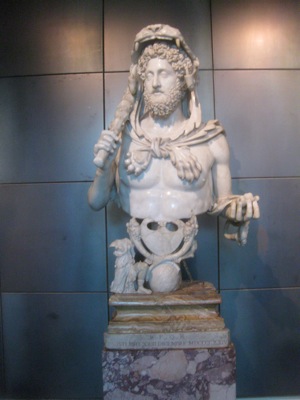 Commodus loved to fight in the Colosseum, as long as the animals were doctored to take away any actual danger. He had himself sculpted as Hercules, the heroic God figure that he admired.