Just as London isn’t entirely peopled by men in bowler hats, Amsterdam isn’t all 18th century façades and windmills. A new Clinkhostel has just opened there; rather than being in the sort of house Rembrandt might have visited it is in a severe red-brick art deco building that used to be a Shell factory. The conversion has been successful, with an indoor courtyard and a complex set of yellow stairs that not only gets you from A to B but also incorporates several platforms for socialising. 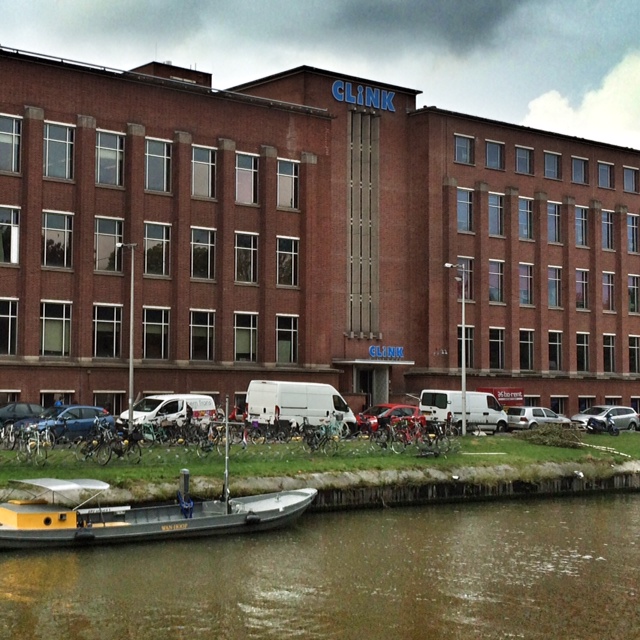 Although it is very different architecturally from Amsterdam’s main Centrum, it is only a (free) three minute ferry journey from Centraal Station. This takes you over the Ij to Amsterdam Noord, a part of the city previously given over to heavy industry but now redefining itself as arty and creative – demonstrated most clearly by the new film museum on the Ij promenade.

Clink hostels already have two hostels in London, but this is their first venture overseas. It’s a big undertaking with over 700 beds, though 20% of the building is given over to social space. This is a deliberate decision to try and provoke interaction between guests. The rooms and dorms are functional, adding to the impetus for guests to head downstairs to meet other people and use the facilities. These include wifi, a self-catering kitchen, laundry and bar with table football and pool. Some walls are covered in posters for fringe theatre plays and local gigs, others feature art by local artists and artists staying on the long-term Artist in Residence scheme. There is also a C-Lab space designed to house pop-up projects and music gigs. More details are available here if you are interested in getting free accommodation and performing or seeing your work in Amsterdam. 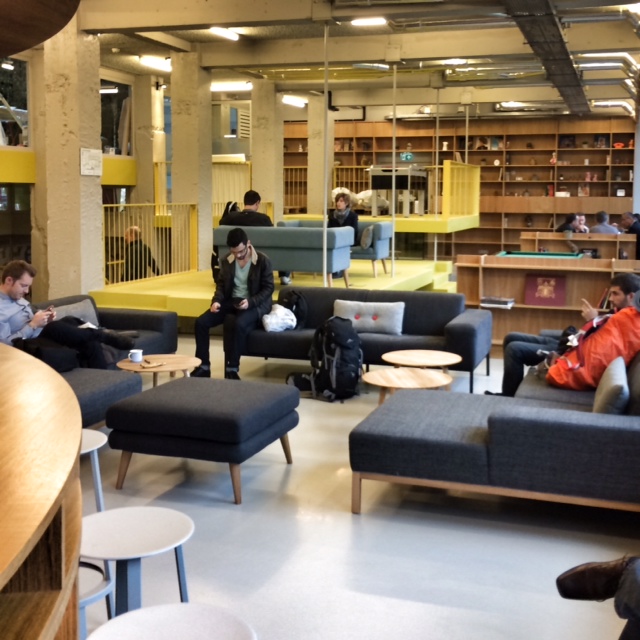 Breakfast is taken in the Zinc bar. You wander along a narrow metal corridor helping yourself from compartments as though part of the crew in 2001:A Space Odyssey. Toast aficionados can experiment with a conveyor belt toaster, otherwise it’s cereals, ham, cheese and eggs along with coffee, teas and juice. 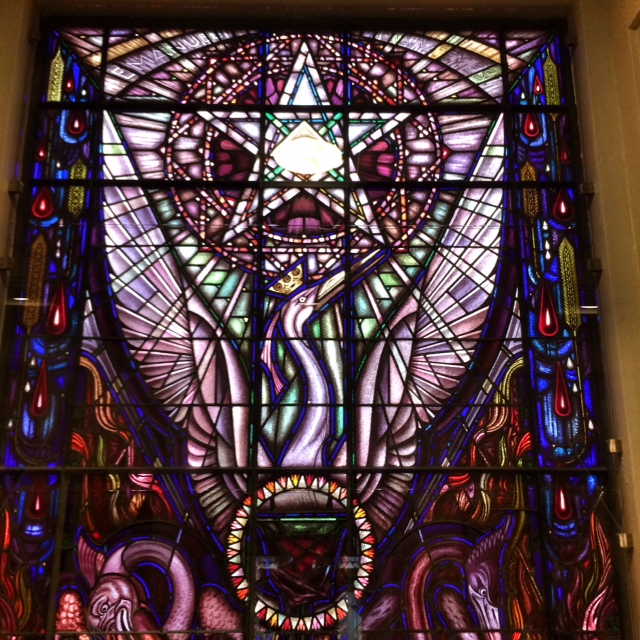 Remarkable glasswork remains from the factory’s Shell days, but visitors will be more interested in heading out to explore the city. The ferries run every few minutes all day and night so getting to the more famous parts of Amsterdam is easy. But Noord itself has some interesting places to visit, mainly of the indie, arty variety. Stay tuned for an upcoming article looking at some of these.

Starting and finishing the day with a ferry ride is definitely fun. Join the bikes and scooters on the ferry to Buiksloterweg and give it a go.

Walk through Centraal Station to the rear and take a ferry to Buiksloterweg. Walk north, turn left after the first carpark and head over a canal to   Badhuiskade 3.