If cocktails could talk, this one would entertain you. The Painkiller, a classic Pusser’s Rum drink made using four key ingredients (that’s Pusser’s Rum, cream of coconut, orange and pineapple juice) has a rich history dating back to the ‘70s.

First concocted at the six-seat Soggy Dollar Bar, on the island of Jost Van Dyke, the Painkiller is a rich and fruity drink with tropical roots. You’d be forgiven for thinking this drink is a hangover remedy, but in fact the Painkiller started out life on a long stretch of white sandy beach deep in the heart of the British Virgin Islands. There was no dock, so the usual way in was to swim, with your dollars in your pocket. Naturally they got wet – hence the name: Soggy Dollar Bar. 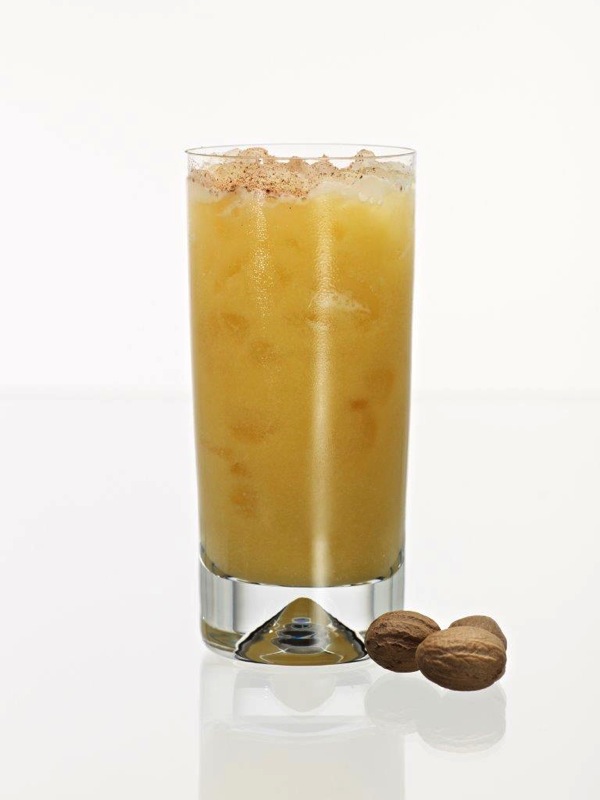 The bar’s owner Daphne Henderson was famed by boaters who’d come from all around to sample her tasty Pusser’s Painkiller, one of whom was Pusser’s founder Charles Tobias. He became obsessed with trying to obtain the recipe for this delicious drink having already been granted permission to commercialise the rum in 1980. Ironically, the two became good friends, but he still wanted the formula to Henderson’s Painkiller.

Two years later, following several Painkillers, Tobias succeeded in getting one of her concoctions into his kitchen on Tortola. He matched her flavour as closely as possible with his own recipe; a “4-1-1? ratio – four parts pineapple, one part cream of coconut and one part orange juice – adding Pusser’s Rum to suit.

Tobias brought his recipe to the Soggy Dollar bar to compare it to Henderson’s. Although his was slightly different, he insisted the new version was better. Naturally, Henderson disagreed.

The two put a $100 wager on whose concoction was tastier and asked all of the Soggy Dollar’s regulars to judge. Tobias ordered two rounds: one that Daphne made, and one that he made to his recipe. They marked the cups and proceeded to test. Tobias’s recipe won 10 out of 10 taste-tests. He used the $100 winnings to buy everyone Painkillers at the bar.

Today it’s much easier to enjoy this refreshing cocktail. You just need four ingredients and lots of ice. You can even keep your dollars dry.

1. Shake all ingredients together with ice. Strain into a tall glass over fresh ice.