The National Trust runs over 300 historic buildings in the UK. One of these is the manor house on the Brockhampton Estate near Bromyard. This dates from the late 14th century and is a lime-washed timber-framed building with the remains of a moat and a gate-house. 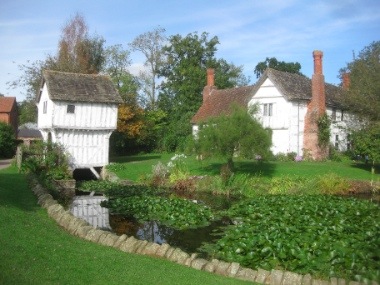 The Gatehouse has traditionally been dated to the 1480s. However recent tree-ring analysis suggests it would more likely have been constructed in the 1550s. This structure replicates those built for defensive reasons in earlier times, but this would have been built purely for prestige. 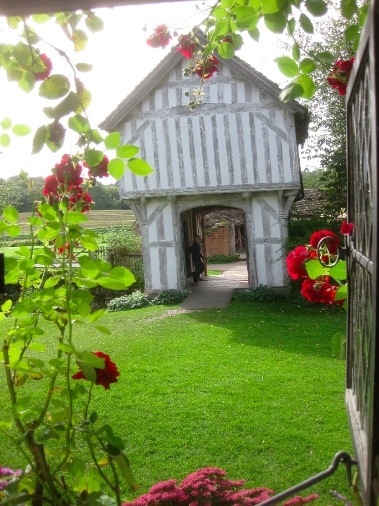 The gatehouse and house are lime-washed, as would have been the case originally. This prevents rot and allows the wood to breathe. It would not have been painted black as that is a 19th century development. The moat originally encircled the house completely. However it was part filled in when the house became a farm house.
Wattle and daub – the old fashioned Tudor means of building walls. 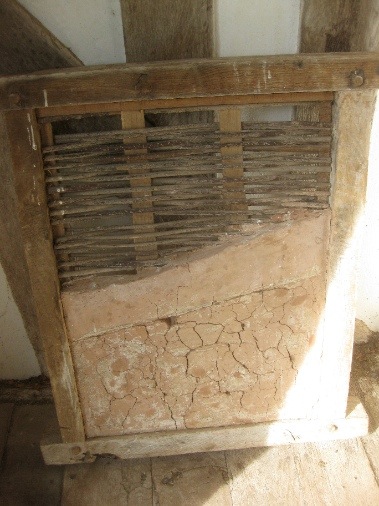 The ceiling in the great hall 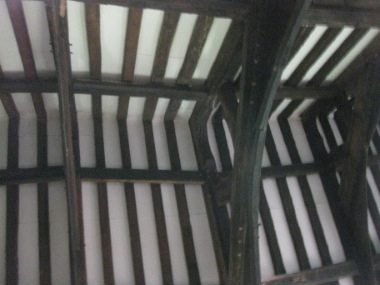 A selection of pipes from the last owner of Brockhampton, Colonel John Talbot Lutley, who willed the estate to the National Trust. 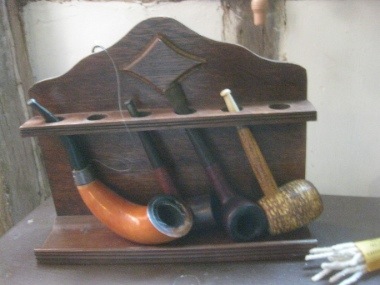