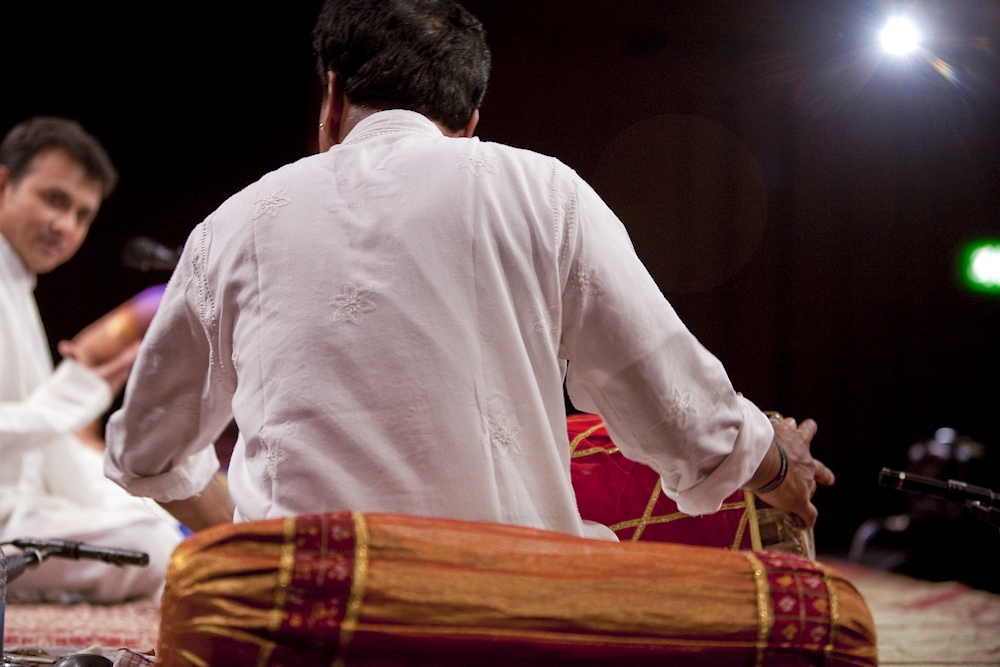 An excitement is growing. It begins as a dull rumble, which spreads slowly like a whispered secret, slithering through social networks, popping up in magazines. Rumours circulate about the headlining act. Friends and family begin to chat tentatively, making plans. The excitement builds as we start to receive emails; Early Bird Passes. In a bang tickets go on sale, and now no one is bothering to keep quiet. There is one word on everyone’s lips:   Darbar.

Darbar is the largest Indian classical music festival outside of India, attracting an audience 2500 strong. Watched every year on SkyArts by 2 million viewers, Darbar features at least 40 musicians each year and around 20 different types of instrument. It has been described as ‘The Best Indian Music’ (The Guardian) and ‘the premier event in the country for Indian classical music’ (London Evening Standard), and I think one would be hard-pressed to find someone who disagrees.

Its humble beginnings as a small Leicester-based festival dedicated to the late tabla maestro Gurmit Singh Virdee are still firmly rooted in its personality. Now in its 7th year, Darbar is growing from strength to strength, and there are plans to expand the project. I’m the resident photographer for Darbar, and I’m lucky enough to get unlimited access.

I arrive at the venue on Thursday, exhilarated, rearing to go.  As soon as the first concert begins I am overwhelmed, and will be until the final ‘leaving’ meal on the Sunday. Most of the festival rushes past me in a blur of raw emotion personified in sound, but at times the pace slows and I find myself a spectator slumped in an empty seat at the back of the hall, mesmerised by the intricacies in sound and the way the artist tames his instrument, commanding it, channelling his thoughts and feelings into this release. At other times the music reverberates through every surface and the hall becomes a fiery orchestra, and I’m so caught up in capturing this with my camera that my eye barely leaves the viewfinder for the duration of the concert. Darbar plays host to some of the most intense musical experiences one is likely to encounter. It’s common for me to glance sideways at the front row and see tears glistening on every cheek.

Backstage can sometimes feel like a different world. The artists gather together in one dressing room, steaming polystyrene cups of tea in their hands, joking and catching up. The Indian classical music scene is fast paced, but at Darbar the artists are flown in for the start of the festival and stay until the end, ensuring that the audience is always comprised of high calibre maestros. This can be daunting yet exhilarating for the younger (but extremely talented) musicians. These students peer around the doorway timidly, eventually venturing in to touch the feet of the artists, demonstrating the utmost respect.

Sometimes the artists practice together in the dressing room while a senior musician listens in, giving advice in Hindi and stepping in to fine-tune the instruments. The atmosphere is that of a mehfil, an intimate musical evening. A large part of this atmosphere is carried onto the stage too; I have often witnessed members of the audience requesting a particular composition or exclaiming ‘Kyabaat’ or ‘Shaabash’ with an upward flourish of their hand, a signal of their appreciation.

But Darbar isn’t just about the concerts. The afternoon session is sometimes an ‘in conversation’ informal talk with a maestro where the audience can ask questions and the artist is given a very rare platform for explaining aspects of Indian classical music. There are art installations and yoga sessions, and teaching workshops led by the best teachers in the UK, and if that isn’t enough the healthy chatter of the audience in the foyer is always something worth engaging in.

At the end of the festival there is always a moment of reflection; which artist used music to personify emotion so well that tears pricked my eyes? Which musician displayed their skill on the instrument? Which young maestro made an impact? Ultimately; which was my favourite? I can never seem to make up my mind, and in no time I’m faced with the same three questions yet again.

Check https://www.darbar.org/ for announcements. An incredible festival not to be missed: Darbar: London, Autumn 2012. 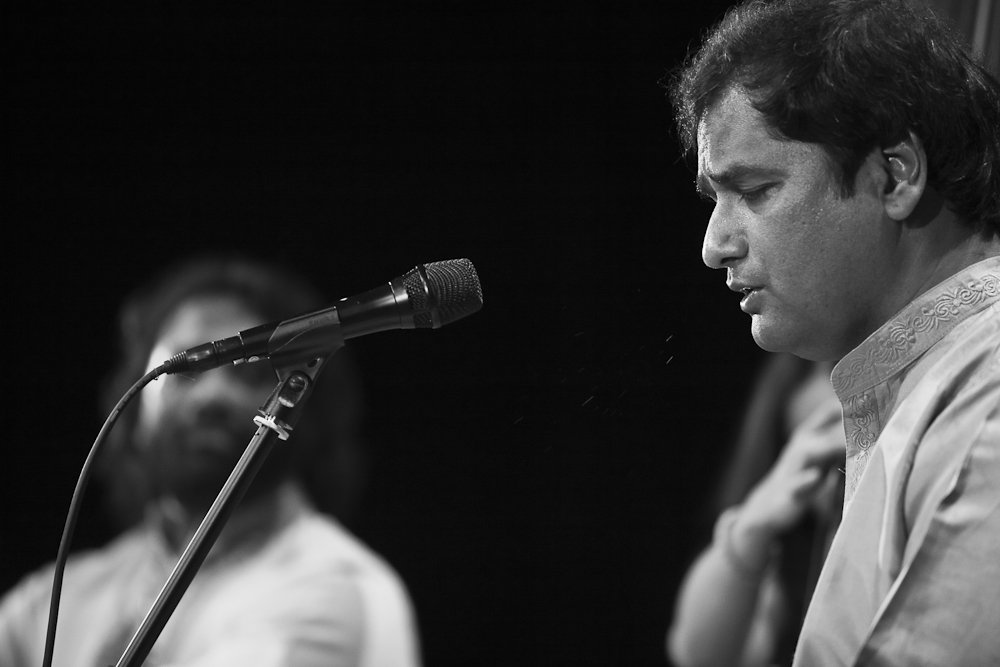 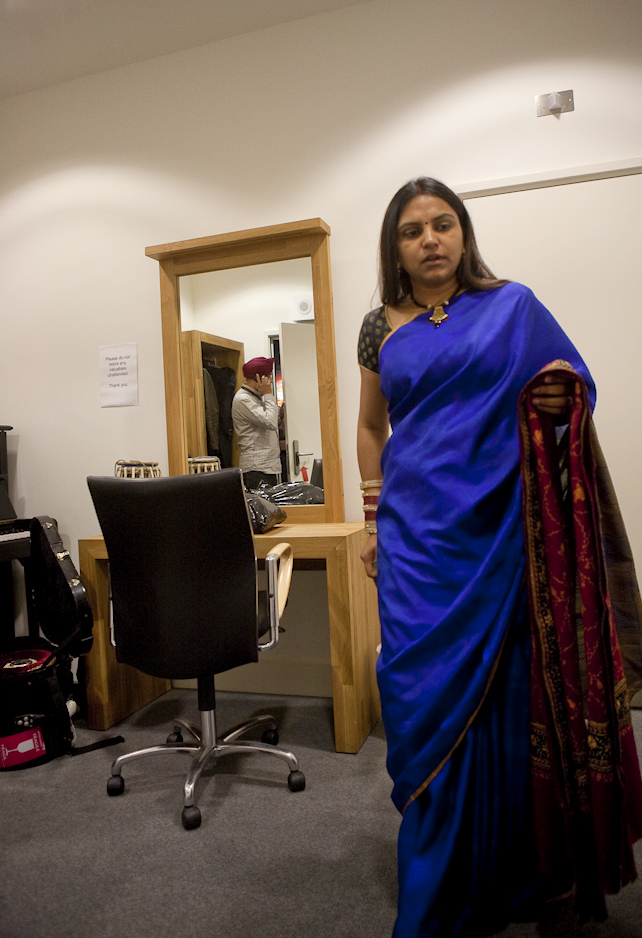 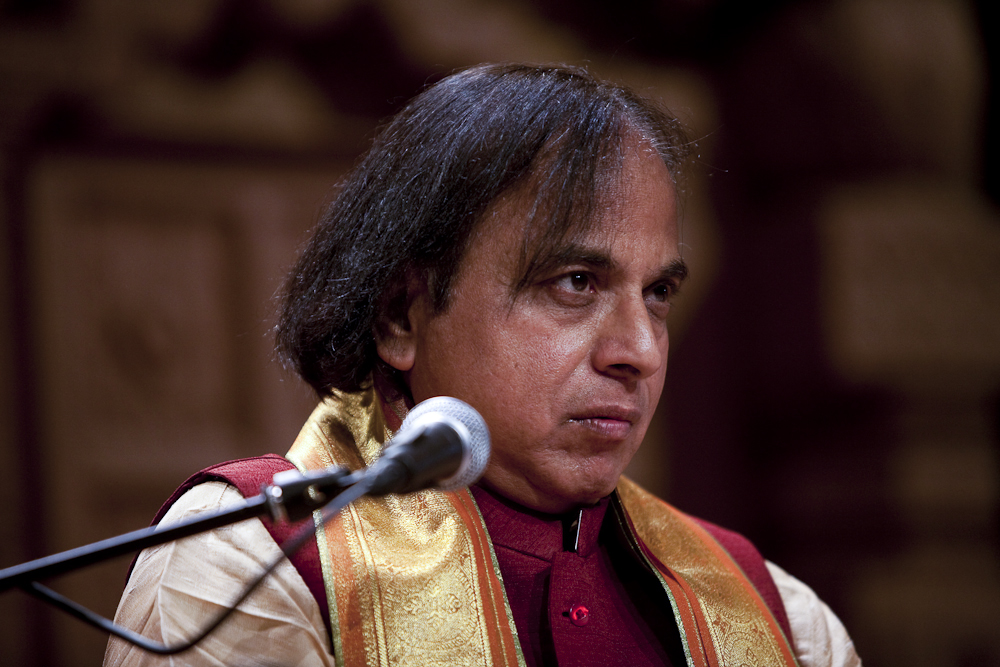 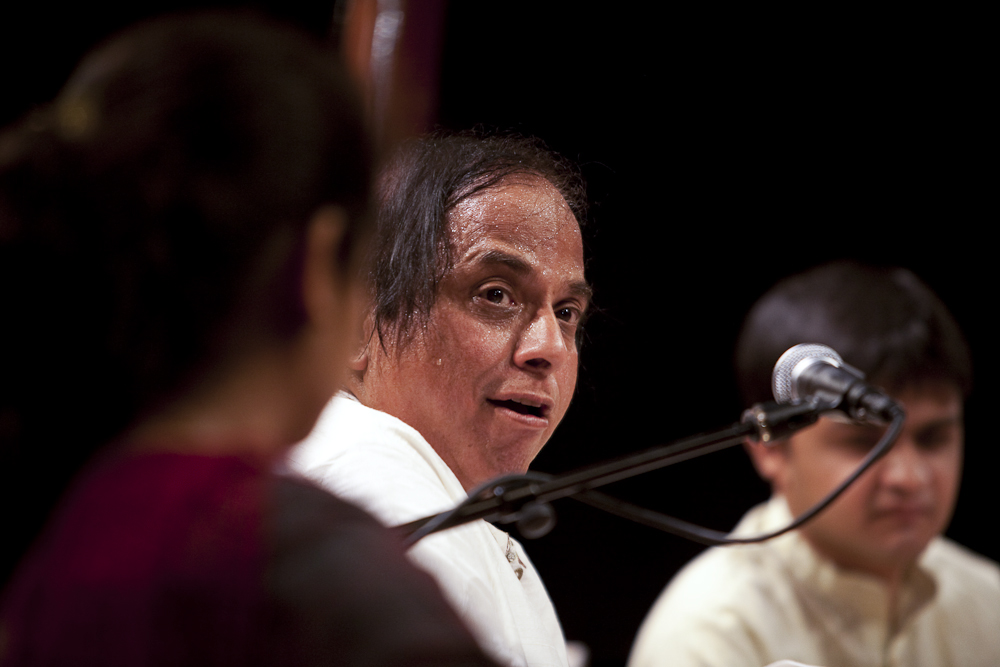 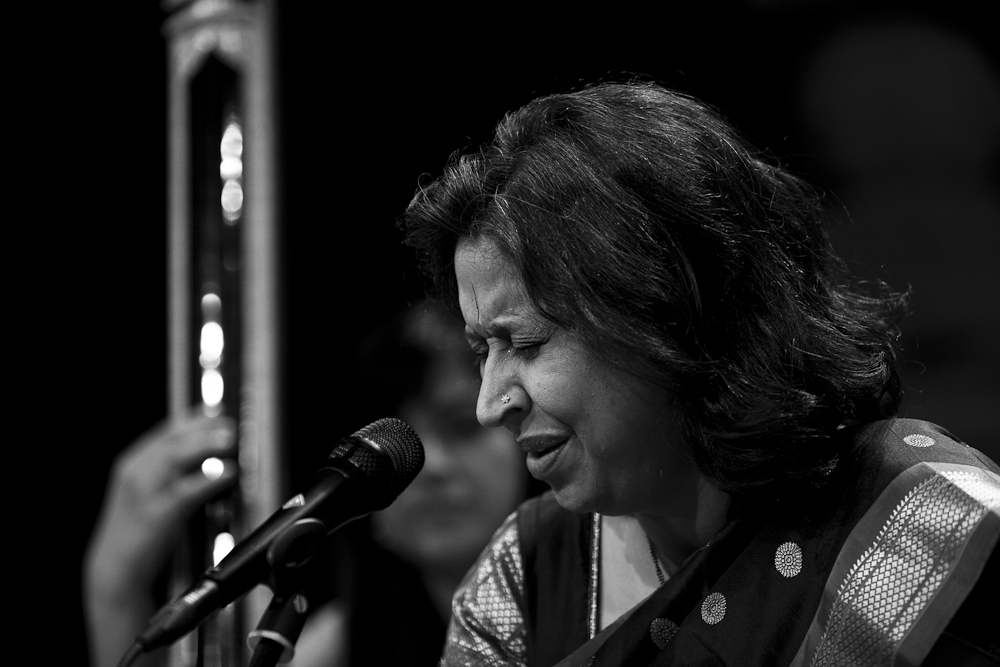 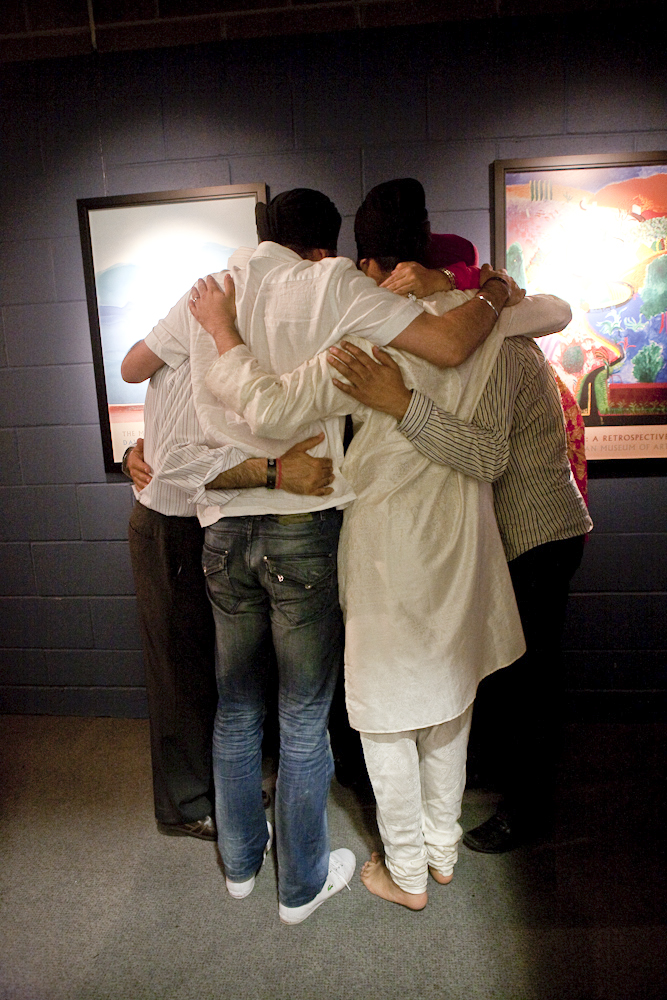 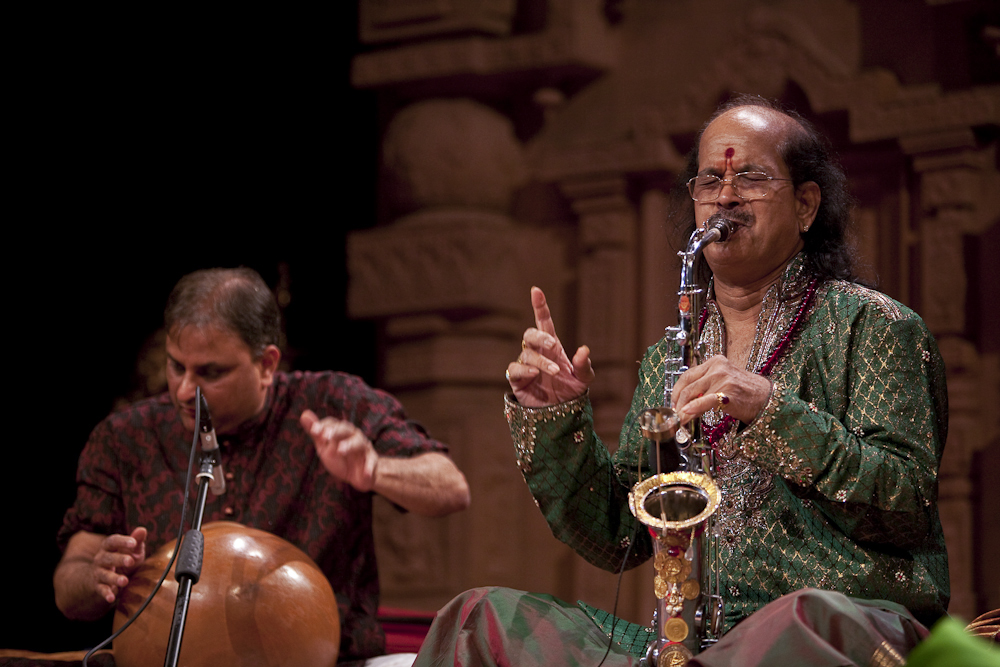