When you arrive in Bologna get yourself a Bologna Welcome Card. This will get you free admission to many of the museums and churches in the city. You will also get free transport for 24 hours and free wifi in the city! 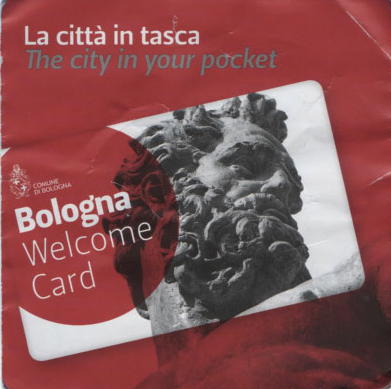 Once armed with our BolognaWelcome card we visited an exhibition of Baroque paintings from the Pradelli collection at the Palazzo Fava. Though renowned as a conductor, Pradelli was a passionate collector and the exhibition showed around 90 pictures from his collection. This was a temporary show of mainly still lives which were a glimpse into a decadent time when food was used as a metaphor for sex and love. 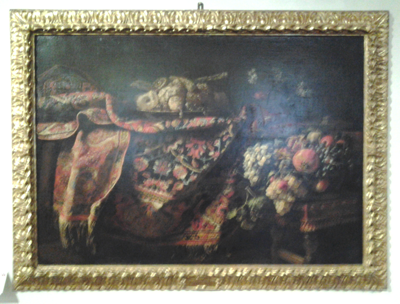 The first floor of the Palazzo Fava has frescoes from Annibale, Agostino and Carraci around the top of the walls, just below the ornate wooden ceilings. Any exhibition shown on the walls below has a lot to compete with visually. 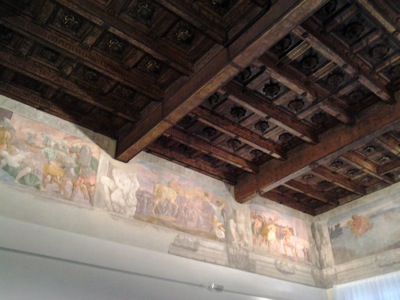 Nearby is the Mediaeval museum which houses many treasures including several Renaissance hymnbooks with detailed lettering such as this image of death looking out at the reader from behind an R. 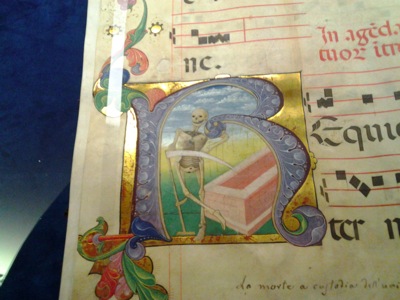 The museum is in another exquisite palazzo with a delightful courtyard and also houses several quirky objects, such as this stuffed crocodile: 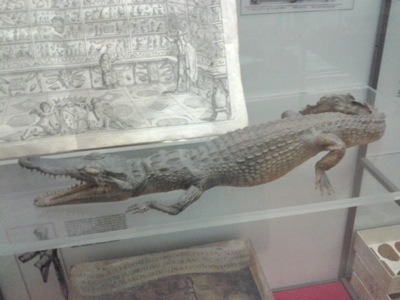 San Petriono is the largest church in Bologna, larger even than the cathedral. It would have been bigger than St Peter’s in Rome, but Pope Pius IV stopped the building, ordering that the money be spent on the university instead.The facade is also unfinished, the marble facing only reaching as high as the top of the main door. The huge interior is where Charles V was crowned Holy Roman Emperor in 1530, but he church has only housed the remains of San Petronio since 2000. Until then they were in his original tomb in Santo Stefano.

Santo Stefano is not just one church but a complex of seven, built so that worshippers could move from one to the next in a form of pilgrimage. 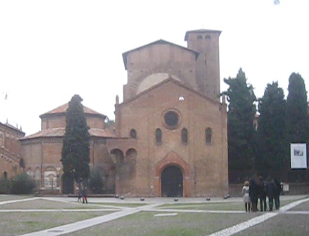 One of these is San Sepolcro, which contains the tomb of San Petriono, based on the design of the Holy Sepulchre in Jerusalem. The oldest of the seven churches is dedicated to Saints Vitale and Agricola and dates from the 5th century although it has been built using some even older Roman elements. In a courtyard inside the complex is an elegant cockerel sculpture, referring of course to the travails of St Peter. 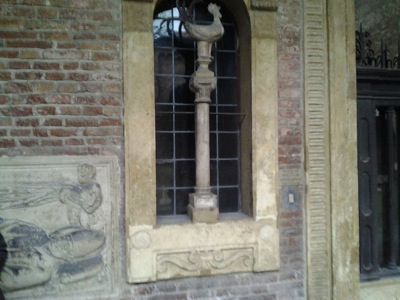 Santa Maria della Vita is the next stop. This is another church where no photos were allowed, but it is the most important example of Baroque architecture in Bologna. It houses an important collection of terracotta figures from the Renaissance, the Compianto sul Cristo Morte by Niccolo dell’Arca. This shows the lamentation over the dead body of Christ in full-size statues, the fear and horror of the situation etched on the faces.

Finally there is the Cathedral, dedicated to St Peter. This is smaller than San Pietronio but nevertheless is the seat of the Archbishop of Bologna. This cathedral is a 17th century creation, as the building underwent a huge remodelling in the late 1500s which caused the building to collapse. The cathedral was then completely rebuilt.

Get a BolognaWelcome card here