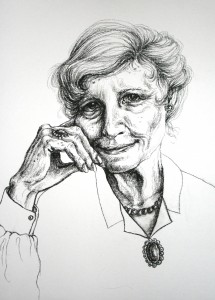 His name was Arvel Edwin Tranter but, for reasons that were never clear, we called him Berny. In the summer of 1957 his garden parties were the place to be for anyone wishing to stand at the top of Britain’s dizzying social ladder. I was invited, I would like to think, in response to the rather dominant place my current novel held in the hearts and minds of the south Bedfordshire literati. Its pains me to admit that the request of my name, which found its way onto the extremely limited roster, who’s bearer motioned me into Berny’s garden of earthly delights, may have owed more to the reputation generated after the publication of a certain article in the Sussex Sexual Inquirer.

I had, dear reader, been asked, in the most respectable manner, to provide an analysis of my lead character’s peculiar erotic predilections. I thought little of it at the time. In those days one could quite happily say words like ‘penis’ and ‘fallopian’ in general conversation without so much as a raised eyebrow. The English, i regret to say, have developed such an odd relationship with the great sweaty sport in recent times that it causes me to shudder with shame. Besides, my more chappy friends were in habit of raising the topic almost as often as they raised their umbrellas and I had become quite immune, even, to the more extreme vulgarities of the mother tongue.  Put simply: in the fifties we had sex, we didn’t “do it”.

I cheerfully replied my consent and within a week dispatched the local bicycle boy to the editors office with as deep a carnal investigation as I could conjure up tucked into his back pocket. The canteen lady of providence had served me more than my share of work, at that time she routinely filled my plate to the point of indigestion, so I soon returned to my pancake stack of periodicals and thought little more about it.

It was at the remark of a particularly charming and intoxicated acquaintance, sometime in the following days, that my attention was drawn to the matter.  As he topped up my second glass of midday Pimms [for all its shameful stereotyping that advertisement quite rightly identified Pimms O’clock] he made a comment that, for the sake of my grandchildren and the rather mild-mannered Miss Mabe, I will not recreate here.  Suffice it to say he was expecting a certain service before the afternoon was out as he had heard that I was a devout, if not fanatical, fan.

Not wishing to embarrass so gracious a host I did what I could and in what could quite literally be called an afterglow casually inquired as to where he had procured the knowledge.  Unless you are the kind of fellow or fellette who appreciates the recaps in Dragon’s Den the answer will be obvious. ??Similarly plain are my reasons for suspecting this little article as the devious progenitor of my invite.

When I was able to acquire a copy I quickly learned what may have led my charming host to his assumption; each and every quirk and and each several kink had been attributed to my dear self.  Where my fingers had typed such innocent pronouns as ‘he’ and ‘his’ another’s had seen fit to substitute them for ‘I’ and ‘my’.  I was, I am glad to say, too wise to succumb to embarrassment, but I was filled with apprehension for the year’s coming socials.  Berny’s garden party was the first and, I can safely say, the most exhausting.