Who likes chocolate?! There are plenty of things to see in Bologna all year round, but in the Autumn there are a few more surprises. Bologna hosts an annual chocolate festival called Cioccoshow where the whole of PIazza Maggiore and Piazza Nettuno are taken over by hundreds of chocolate producers selling their creations. 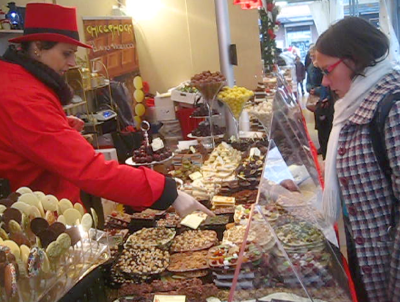 Imagine lots of artisan chocolate in stalls like this, selling all sorts of chocolate from lollipops and bars to chocolate salami and other wacky chocolate creations. I heard a rumour that one stall was selling chocolate kebabs, shaving off bits of chocolate from a large upright cylinder like a real kebab shop! Unfortunately I couldn’t find it and it remains a rumour, albeit it a rumour I want desperately to believe. 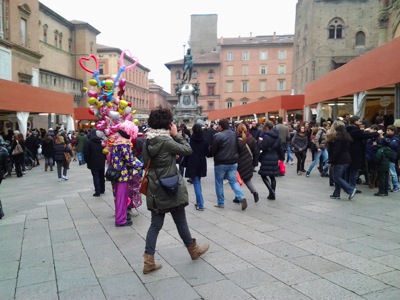 The festival brings thousands of people into the city, as well as buskers and street performers making a fun and bustling atmosphere. The stall-owners hand out chocolate to taste – that’s right, you have people handing you FREE CHOCOLATE! Many people could not imagine anything better. 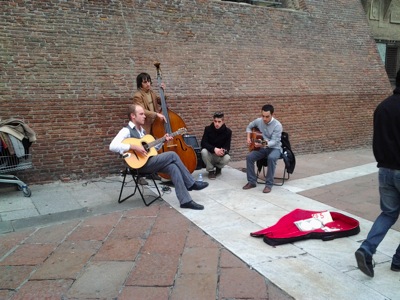 We also sat in on a cooking lesson given as part of the show by Andrea Martin and his son. They demonstrated how to cook a chocolate delicacy, with a large audience inside and outside the marquee! 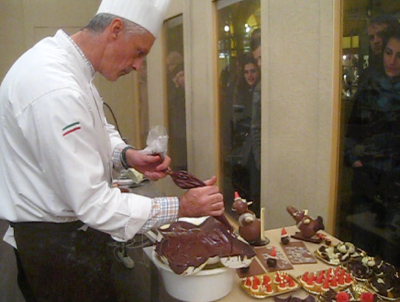 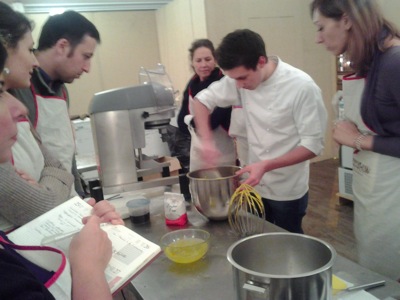 This year the Bologna Cioccoshow succeeded in creating the world’s biggest chocolate coin! 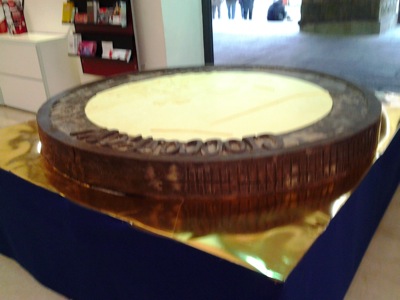 The chocolate show is a big event and takes over the centre of Bologna. In 2012 it ran from 14-18 November. You can find more information by clicking here.