Who hasn’t sung along to The Proclaimers legendary song I’m gonna be (500 miles)?! Today’s exciting news is that it is the 25th Anniversary of this classic song’s release. To celebrate and mark this anniversary, enigmatic, soulful, New York–based singer songwriter, Kendra Morris, is proud to announce her exclusive UK cover of I’m Gonna Be (500 Miles) as a free download. 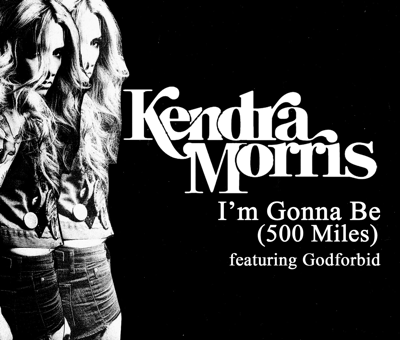 Her free download comes ahead of her forthcoming album out on French, independent record label, Naive Records in February 2014. Click the image above to hear the new song.

Kendra’s cover of The Proclaimers displays her respect for their heritage and allowed her to work in new ways with the established building blocks of such a successful, iconic band. It is always stated that in the right hands, covers can be striking, gaining power because they blow apart the seemingly rigid boxes constructed from previous cuts of a song and that is exactly what Kendra Morris displays.

With Kendra combining both heritage and modernity in this cover, her soulful take on ‘500 Miles’ is one that cannot be missed.