When the West goes to war it makes sure it is heavily armed, protected and it controls the media. The images we see are carefully vetted, showing well-equipped soldiers and anonymous targets being blown up somewhere in the distance – probably in black and white to keep things unreal. Journalists that are nowhere near the front line wear blue flak-jackets and helmets and everyone is very calm and sober. There’s no blood or dead bodies to upset us.

War is actually very different to this, and Rachel Beth Anderson and Tim Grucza’s documentary First to Fall shows the more ad hoc way of fighting when you don’t have cruise missiles, drones and an air force on your side. Filmed in Libya during the Arab Spring, it follows events on the front line as the ill-equipped rebels fight the Gaddafi regime.

These images are not sanitised. Injured men in the back of pick-ups are a common sight in rebel wars, and we have become inured to their bloody bodies. But one brief scene here shows a man being urged to make peace with God. He tries to hold his head up whilst  seeming to die in front of us. I felt sick.

The filmmakers have chosen to focus on two young Libyans who have been living in Canada. Hamid (26) and Tariq (21) are great friends who  decide to travel to Libya to help fight for the freedom of their original country. Their views are not filtered through PR companies and military spokesmen. They are excited and looking forward to fighting. They don’t care that they’ve never held a gun and the nearest they’ve come to shooting is playing Call of Duty. 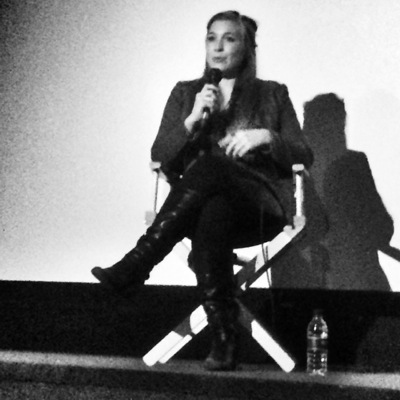 Rachel Beth Anderson travelled with the men in Libya, gaining their trust and shooting with them as they tried to join up with the rebels and make their way to the front line. It makes interesting viewing. How do you join a rebel army? What’s the training like? What certainly is not good is the equipment. Seeing the posse of men in jeans and T shirts firing at a tank brings home the scale of the uprising and the strength of feeling to rid the country of the dictator.

Hamid and Tarik get on well but have very different personalities. Hamid will happily visit an injured friend in hospital and start playing with the electronic controls that make the patient sit up or lie down. Tarik hasn’t told his family he is fighting in Libya. When he speaks to them on the phone they presume he is still at college and ask how his exams are going. Hamid fits in easily with the rebel fighters and to his great delight soon gets his hands on an AK47 and a rocket launcher. Tarik takes longer to be allowed to fight, but eventually fulfils his wish to be in the riskiest place.

First to fall personalises the restless it-could-all-end-tomorrow life of the rebel soldier. It shows the mix of idealism, machismo, bravery and crazy that is in their make up. The filmmakers clearly took extreme risks to get the footage they did and have made a film that explores the real experiences of not just war but also injury and the ongoing aftermath of conflict. It points out clearly that though a war might end, it still carries on in the minds and bodies of the people who fought it.