The familiar cityscape of the capital can make a great backdrop for movies – but it’s not all about the iconic landmarks along the Thames. The urban sprawl can be the glue that holds an action drama together, and one London borough coming into its own on the big screen this year is Croydon.

In a search for locations for the action thriller Criminal, the suburban town came top of the list – partly because the film’s star, Kevin Costner, liked the sound of it.

“People gave it a weird rep and I thought, ‘No, we’re going to Croydon, I kind of like the name!’ So that’s the way I feel about it,” explained Costner. “London is one of the great cities of the world, without a doubt.”

The cast and crew, including Costner, Gary Oldman and Tommy Lee Jones, filmed around the town centre in autumn 2014.

One key scene shows Costner’s character fleeing a gunfight and driving along College Road, George Street and Dingwall Road, in an ambulance.

Croydon College buildings doubled as medical research labs and a CIA operations centre, and a High Street store was turned into a pawn shop.

“We’re so pleased that Croydon plays such a significant role in this big-budget movie,” says Andrew Pavord, of Croydon Film Office.

“There can be a perception that filming in London is only about the landmarks in the centre – but to really hold a story together, everyday London spaces and streetscapes are essential.” 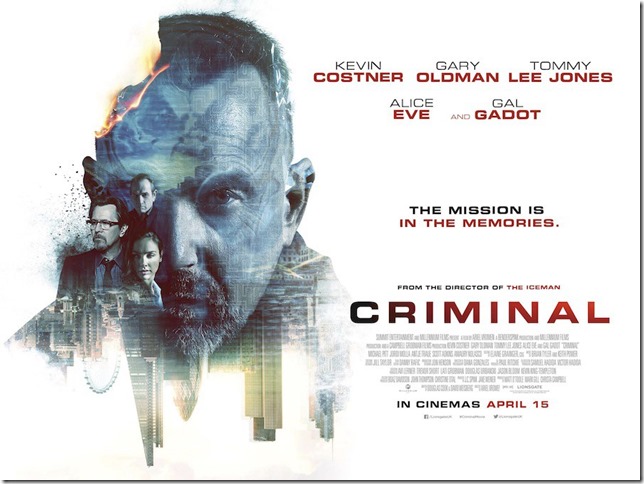 While the tower blocks of the town centre give a streetwise, contemporary feel, the suburbs can make a suitable setting for period drama. The Durrells, a Sunday-night TV series following the fortunes of the family of the conservationist Gerald Durrell, features scenes filmed at Royal Russell School and Hurst Way in South Croydon.

The film stars Nicole Kidman and Matt Lucas and the plot revolves around an alien who meets up with two teenagers in Croydon, which is described as “the most dangerous place in the universe”.

Criminal is out on 15 April.

For more information on filming in Croydon, visit www.croydonfilmoffice.co.uk