The V8 sports car named “Best of the Best”

The 488 GTB has won the Red Dot Best of the Best award for its design and innovative lines. This is the latest in string of plaudits garnered by the Ferrari Style Centre which also picked up several IF Design Awards in Munich, Germany, at the start of March. 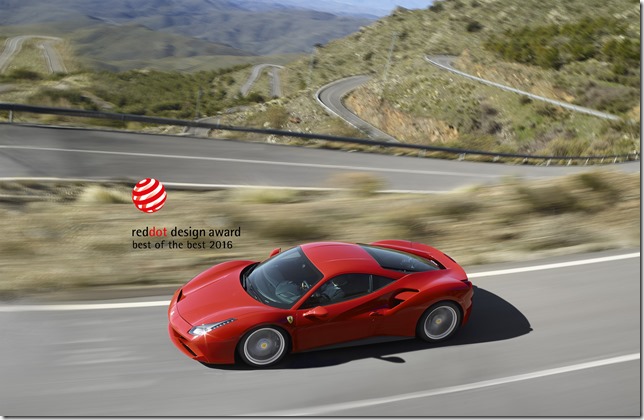 On the latter occasion, the big winner was the FXX K (Red Dot Best of the Best 2016) which took home the Gold Award, the Hanover institute’s top prize. However, the 488 GTB and 488 Spider also scored a double whammy at the same event with a Design Excellence Award apiece.

This latest accolade is an acknowledgment of Maranello’s ability to create a whole new take on the sporty V8 berlinetta concept, four decades on from its introduction, that delivers an effortless mix of stylistic sophistication and technological innovation.

The 488 GTB was selected for the top award by a jury of 41 members that examined no less than 5,214 product designs from 57 different countries.