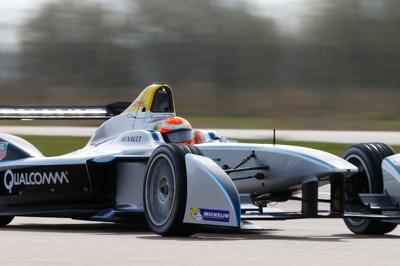 The first season of the FIA Formula E Championship, the world’s first fully-electric race series is coming closer, and though the series will take place in cities around the world, the testing days will all take place in England at Donington Park. Great news for UK based fans, especially as entry to all the pre-season test days will be free.

Beginning on July 3, the 10 Formula E teams will be given five full test days with every one open to the public free of charge, allowing fans who pre-register via the Donington Park website unprecedented access to see and hear the 200kw (270bhp) Spark-Renault SRT_01E single-seaters in action.

The remaining tests at the Leicestershire circuit will take place on July 4, 9 and 10 with the final session on August 19 – three weeks before the season opener in Beijing on September 13.

Spectators will need to pre-register their attendance in order to gain access to testing, although no fee will be charged. Further details on how members of the public can attend Formula E test days will be available via the Formula E (www.fiaformulae.com) and Donington Park (www.donington-park.co.uk) websites shortly.