Dan Jeffries was not only born with one of the rarest eye conditions known to man but as he approached his 30s, he received news of another rare, life threatening illness. Me, Myself & Eye is the intimate, thought provoking and charming memoir of a man who baffled the world of medicine and laughed to tell the tale. Channel 5 continues to bring his story to the masses as he joins two other strong willed medical anomalies to feature on the series ‘Medical Mysteries’, with his episode airing this April 7th. 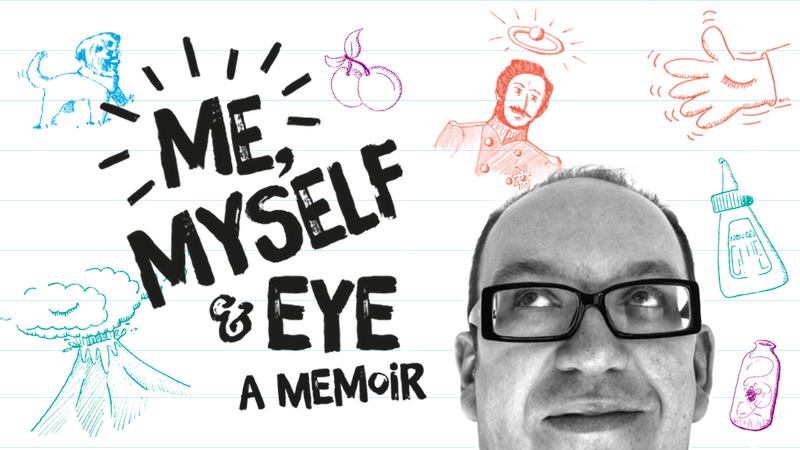 Me, Myself & Eye is accompanied by a curated collection of online content which gives readers a full picture of the world and experiences of medical mystery, Dan Jeffries. Available to view on computer, smartphone or tablet, the portal of online images, videos, music and more acts as a companion to the book and breathes life into the vivid details of a truly unusual story.

“I was born with an incredibly rare vascular condition called Wyburn-Mason syndrome, which left me blind in my left eye and short sighted in my right. There are thought to have been about 30 reported cases of this in the last 50 years — worldwide. So it really is rare. And then, when I was 30, I discovered I had another rare condition. But this one was life threatening,” explains Jeffries. “Telling my story over dinner a few years ago, someone glibly remarked, “you should write a book!” and then the spark was lit.”

Tune in to Channel 5 on 7th April 2016 to learn more about the condition and delve deeper into the online media world of ‘Me, Myself & Eye’.

To find out more visit www.memyselfandeye.co.uk