Artists influence our lives and they don’t even know it. Most of all musicians. They can make us happy, sad, thoughtful, or really change us more deeply. That’s the case of Jason Mraz who influenced my own life.

It’s a long story but almost four years ago I tried to see one of his shows back in my French town but didn’t have enough money. This unfortunate adventure made me join the team at the concert hall he played in, so as not to miss other artists I loved. That was my first step in the music world and it changed my life. So four years later, I’m in a new city, a new country, having a new life and who do I find on my way? A new Jason.

This time I’d just entered a competition to be part of an intimate showcase for only a few fans in London. And guess what? I won! This show was to give the fans a taste of his new upcoming album Love Is A Four Letter Word.

So I made my way to the venue to discover that it was a Church just behind St Pancras Station; the Saint Pancras Old Church. The first good surprise; an unusual venue and a small one. Perfect. Secondly, very few fans. And best of all, being just two metres away from the singer without bodyguards in the way. Rare. Very rare. 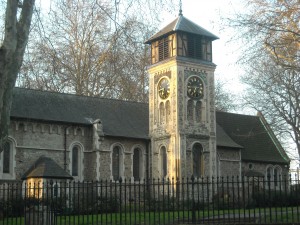 But first, his team made the fans come into the venue and sit on what are usually the congregation’s seats. We had plenty of time to admire the venue. The small Church looked like a cocoon thanks to the lights, which were only candles and bedside lamps! We had a lot of time to admire it all because Jason made us wait. He finally came in with only one musician – Mona. 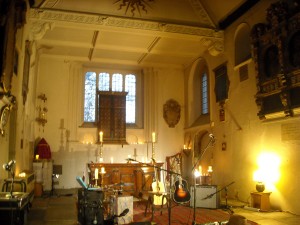 Time for the music then. I couldn’t stop smiling when he introduced himself and Mona because I realised it was happening. I’d finally got to see him and he was almost next to me, barefoot and joking around. How cool is that? Anyway, the show started with songs from the new album, with Mona on percussion and Jason with his guitar.

They were honestly good. Jason’s voice is even better in an acoustic show. My favourite moment of the evening was when Jason and Mona improvised something. He sang “You f**kin’ did it” and went live with Mona’s percussion. And then they exchanged their roles. Jason carried on the percussion and Mona tried to play guitar. That was a pure moment of music. It seemed like nothing was really planned and Jason confirmed it at the end of the song, finishing by singing about being in the sunlight at Hyde Park, sweaty and ready to change his underwear! Awkward. 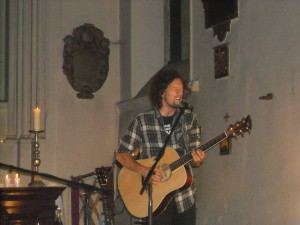 The show lasted about an hour and a half. Most of the songs were new, including his new single “I Won’t Give Up” and the beautiful “The Woman I Love”. But he had to perform one more song to make everyone in the church happy. The one everybody knows: “I’m yours”. He, of course, did it. And he couldn’t resist making us sing the chorus again and again at the end. We were all singing along with him during all of the songs. The second best moment of the evening; you could feel a harmony between all the people in the venue, even if they didn’t know each other. That’s what music does. It brings people together, makes them forget about everything else even for a short moment. And musicians like Jason Mraz know it and are capable of bringing this feeling everywhere with them.