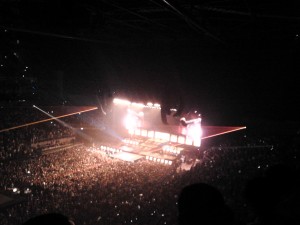 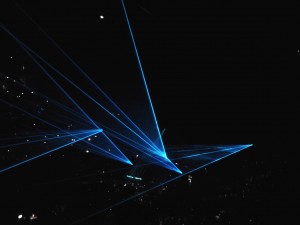 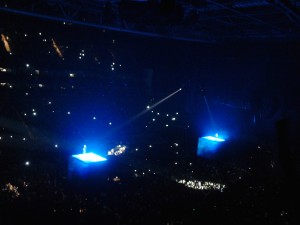 To be honest, I was never a very informed fan of hip hop. For instance, I never bought hip hop cd’s when I was a teenager or stuck posters on my walls, since I was more into rock and electronic culture (my teenage room’s walls were full of Nirvana, Pearl Jam, Prodigy, Orbital and Trainspotting). However, when I grew a bit older and I was listening to it, on the radio or in beach bars, back in my country, I can say I got carried way to the rhythm and the sexy beat invading my whole body, finding myself dancing like crazy in early morning hours, in front of the sunrise.

18.05.12 O2 Arena, London. The years passed and here I am, in London, a cloudy Friday afternoon of May, heading to a summer that is not yet obvious and I am not sure that it will ever come. The site was huge, I rushed to the box office purchased the second ticket (as the first one I bought online was a big scam: it was never delivered to me). I took my ticket and run all the way round the O2 arena to the highest gate of the venue. As the door opened I was in front of the biggest crowd I have ever came across. Right there, over thousands of people, gazing at the chaos under my feet, I instantly felt like a Queen. You could feel the energy of a huge crowd anticipating for the concert to start. Right then, I had a taste of how performers feel in such concerts…

Then it started…Fascinated as I was, I felt the loud bass drilling my body from head to toe. The two squares on the ground floor were lighted and started going up in screened boxes, as Kanye and Jay were on them rapping and live feed cameras were projecting their faces on the big video walls on the stage. What a show! This was the biggest concert I have ever attended (compared with the Rolling Stones one in 1998). It felt as if I was playing in a Sci-Fi movie, as the lasers were flying over our heads creating moving webs in the “sky” of the Arena. Jay Z was appearing between flames that were growing out the stage, while the video walls were showing jungle images from wild animals attacking and eating each other, a reference to the socio-political aspect of this album. The visuals were very strong, with a strong dose of American spectacle, but the music and the tempo were overwhelming and stood out in that show. The videos are what I enjoyed the most of all the effects. Strongly political, showing political gatherings back from the America of 50’s as well as sequences of Koo Klux Klan rituals, combined with the violent jungle images. The tunes were dreamy and could travel you far away, combined with the strong rap voices, it was quite of an experience…

“Watch the Throne” is a very successful collaboration of the two artists, with strong political lyrics and a lot of eastern tunes, perfectly combined with the powerful rapping and their concept. They performed it with great passion and devotion, respecting their fans. They played some of their other hits enhancing the program and leading to a glorious night.

The concert was worth the double ticket I had to buy, as they played for more than two hours and I felt like I was dancing for more than 5 hours. And the night, of course, didn’t finish there. I met a group of very cool people, they took me to an underground hip hop party somewhere in Old Street, where we danced old school 90’s hip hop until the sunrise..! I guess that music genre has a magical way to speak directly to your heart (lyrics and beat combined in a symphony that makes you quite emotional). After that night I am officially a fan of hip hop and the whole culture that comes with it, of regaining a lost identity in whichever part of the World you find your self in.

“Defining myself, as opposed to being defined by others, is one of the most difficult challenges I face.”