By now, word has gone down the grapevine that Christopher Hartmann, head of 2K Games, thinks you can’t convey emotions unless you do so through photorealistic graphics. Of course most people know that this is completely absurd, but it does lend us an opportunity to look into the mind of a triple-A developer. 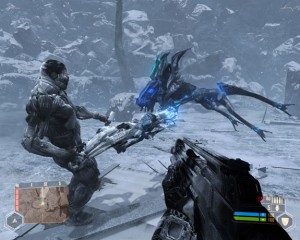 For those not familiar with 2K Games, they have crafted some rather impressive games over the years, namely the Bioshock and Boarderlands series, both of which have sequels presently in the making. And it is easy to see that at least in the case of the upcoming Bioshock: Infinite, 2K loves its graphics. But then again, so does everyone else.

Maybe Hartmann is just trying to justify his own company’s obsession with graphics, or maybe he really does believe that true emotions can simply not be shown in games that don’t look like movies. So to understand why this is just such a stupid thing to say, lets travel down to the root question: what is it that causes these emotional ties? Rarely is actually how a character looks. Consider Cormac McCarthy’s The Road, a post-apocalyptic dystopian novel that follows the journey of a dying father and his only child as they attempt to survive in a world in which flora and fauna have all died out, and mankind has resorted to cannibalism. That said, I became incredibly invested, emotionally in the characters, and it used no graphics at all to make me feel that way. 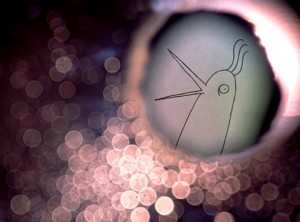 Now games are a very unique art medium. However certain commonalities or archetypes exist between each medium. And just so, I feel it is often important bring in examples from outside the industry. Now, you may or may not have ever heard of Don Hertzfeldt, but those who have extensively explored his work will often tell you that he is one of, if not the, greatest animators who has ever lived. Winning a life-time achievement award when only in his 30’s, Hertzfeldt has a style that conveys the most complex emotions in the most simple of ways. Without going into too much depth- but seriously, try to watch something of his other than Rejected –this quote of his does his work justice:

You could make a cartoon in crayons about a red square that falls in unrequited love with a blue circle, and there wouldn’t be a dry eye in the house if you know how to tell a story.

So now where are we at, then? You don’t need images to convey emotion, and you don’t need words to convey emotion. And 2K Games says that you need both of these things, and not only images, but ‘photorealistic images’, and not only words, it has just got  to be lip-synced voice acting. And this only goes to prove one of my favourite things about art, ladies and gentleman, and that is each medium does not have defined rules and concepts by which everything therein must conform to. I have played games where you play as a simple, grey square, and there is no dialogue in the whole game, and everyone in the game itself is a grey square as well, but it conveyed powerful emotions beyond what I even thought possible, and I have played photorealistic games in which the stale characters have actually made me quit playing.

As of late, triple-A developers have certainly gotten cocky with their public statements, from this instance of applying rules to art, to EA’s own boss stating that innovation is taking what has already been done and doing it better, not necessarily differently, which begs the question on its own. As a result, favour towards the lofty gaming corporations has diminished over the last few years, and now the smaller, cheaper indie games have risen. And that’s why next week, we’ll be talking all about the Ouya, which is now available for pre-order online, worldwide.