My names is Cheko, I am a young illustrator and graffiti artist from Spain. I’m graduate in Fine Arts. I have developed my style in the streets over ten years ago. In my art practice there is a tendency for permanence and other tendency for change. What remains is an artistic style associated with the genre of graffiti and its drift has been toward aesthetics of the street. In this sense, my taste for urban art style have had a turn towards urban representations in themselves. Around this art concept, I am working on several screen printing works in whicch prevails the line and the drawing. My works has been featured in art sites such as Behance Networks, Get Ispired and Mister Dress Up.

I live in Granada, a city with strong graffiti writing’s tradition. The relationship between Council and graffiti is ambivalent, because sometimes it promotes for tourism but there is also a law against illegal graffiti with 3000 € of sanction. In general, free graffiti protest is criminalized.

For me painting on the street has lots of good stuff. For example, you can bring art to the public spaces and to the life and also you expand the audience of art.

Also, the artwork is part of the urban culture of the city and helps to transform the urbanism and landscape.

Furthermore, the speed with which you have to make graffiti painting brings a particular style by its freshness and spontaneity, with walls of unlimited sizes.

With respect to style, taking into account that urban art for me is an artistic concept and not just a place, my work study also consists to heed of images, symbols and people that make up the city.

About my creative process in general I would describe as observation and search for inspiration, drawing sketches, selecting the colour palette, materials preparation and processing of final draft. If it’s a painting or screen printing, the creative process in the studio working ends with the completion of the work.

However, if the work is addressed to a public space, there is an important distinction, because in that case I pay attention to the space, not only the wall but also the surrounding environment, light, people who use that space and Who will be the recipients of the work, as Richard Serra called “Site Specific”, and which for my artistic practice is fundamental, because often the choice of the concrete space and its context is an element itself that determines the final work.

The artist who has influenced me my job and your artwork help me to inspire me about specific artistic concepts, is the work of Mati Klarwein. I like how Klarwein mixes hyperrealism and surrealism, also how he superimposes people and fetishes objects in his paints, providing multiple meanings full of mysticism but with pop elements.

Some of the concepts of my works are also influenced by Feminist Chicano Art by Los Angeles and others subaltern cultural expressions as the Roma (gypsy people) and immigrants people in Europe, that is an art much more anonymous and popular, but excites me and help me think and produce my own works.

In the artwork that I present to Jester Jacques, there is a tendency for permanence and other tendency for the changing. What remains is an artistic style associated with the genre of graffiti and what changes is a shift to other aesthetics of the street, expanding my artistic style to inspire me from urban tribes and other groups who use the cities. In this sense, my taste for urban art style has had a turn towards urban representations in themselves.

Around this artistic concept, I worked on several limited editions screen printings in which prevail the line and the drawing. 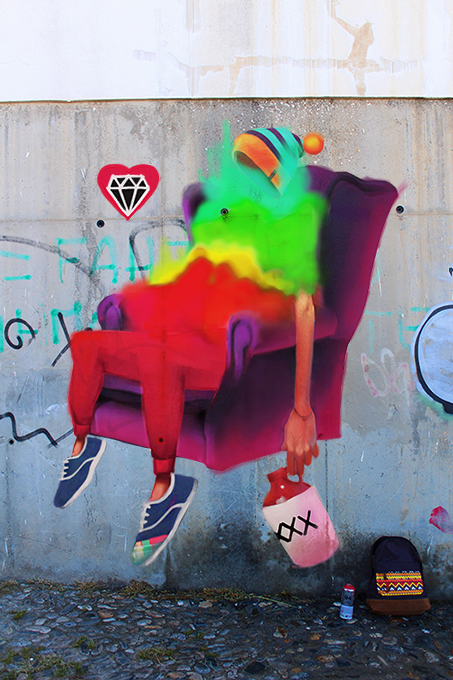 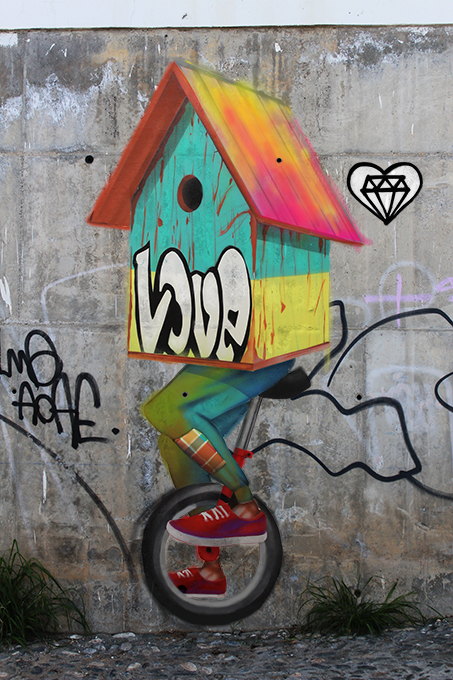 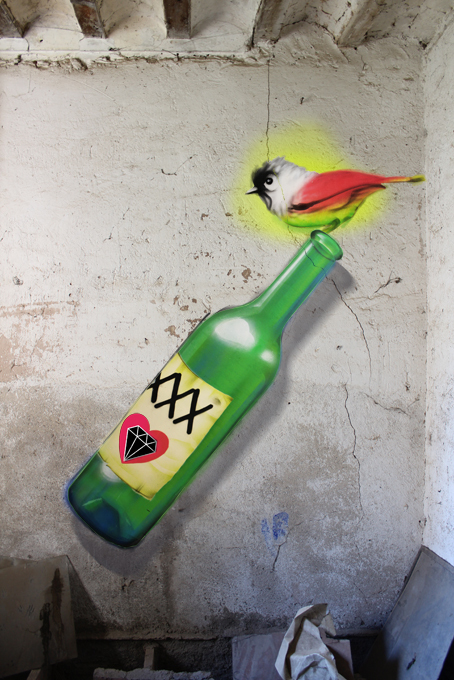 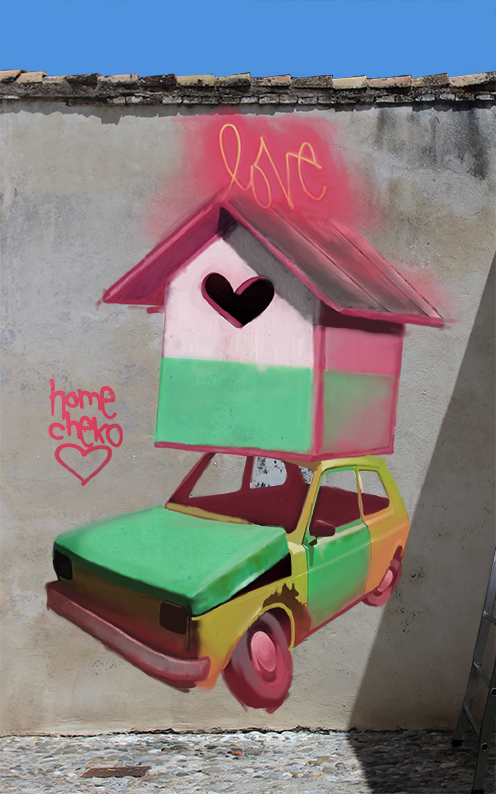 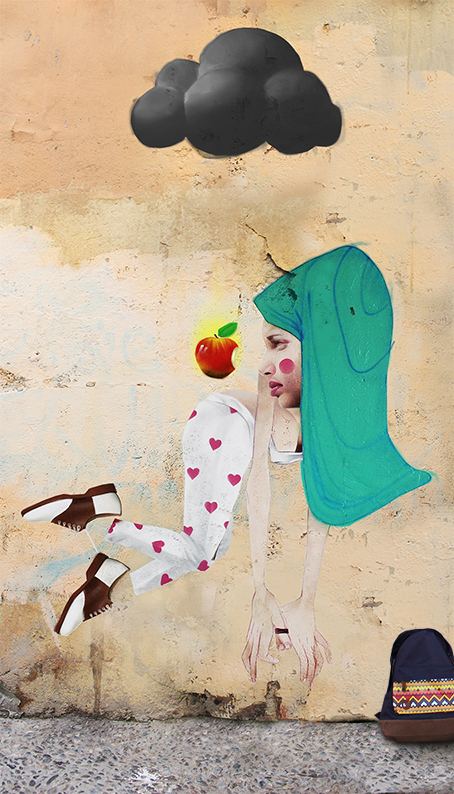