Great war leader he may have been, but Churchill also put in the legwork to become a connoisseur of alcohols. He reckoned Armenian brandy was the best in the world. As he once claimed he had drunk enough brandy to fill three railway carriages, his opinion is worth listening to. After all, he never made a decision without cigars, chocolates and cognac on his desk. 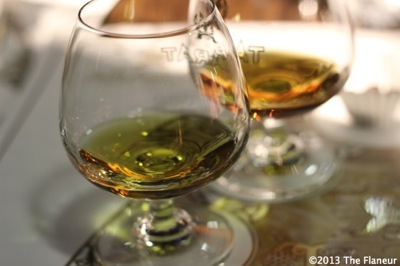 The Ararat distillery in Yerevan is Armenia’s biggest brandy factory. If you turn up at the right time you can have a guided tour of their small museum and then taste the brandies. When we visited there was a large group of Aussies enjoying the tour and doing nothing to dispel national stereotypes. The oldest brandy on show dates from 1902 – we weren’t offered a taste, but unlike wine brandy does not improve with age in the bottle. A five year old brandy will always taste like a five year old brandy, even if it was bottled twenty years ago. 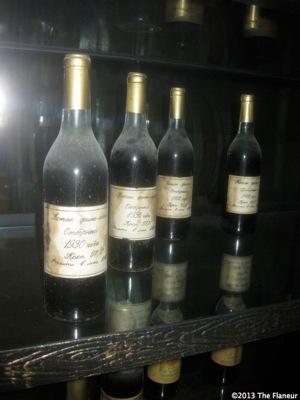 Using Armenian white grapes and Armenian spring water the Ararat factory makes its brandy the French way, with a double distillation. This gives a 70% liquid, that has none of the taste, colour or aroma associated with brandy. That is because these characteristics come from the oak barrels, where the brandy is kept for at least three years. A huge twenty  litres is lost per barrel every year through evaporation, which is known as the Angel’s share. After Russia, the Angels are the biggest consumers of Armenian brandy!

The museum shows how the barrels are made, and also houses various historical artefacts and old bottles. It also has a Peace Barrel of brandy that will be opened when the Azerbaijan issue is resolved. Visitors are invited to add their own calls for peace to the barrel and the surrounding walls.

To taste we were given glasses of a 3 year old and a 10 year old brandy, along with small chocolates and a glass of water. Armenian tradition says you should hold the glass in your left hand, as it is nearer to your heart. Warm it slightly in your hand and then examine it, considering the viscosity, transparency and clarity. The younger whisky, we were told, was more aggressive and would bite you if you were not careful. In that case the older one is wiser, and more chocolatey.

When asked to what he attributed his longevity, Churchill is said to have replied cigars, Armenian brandy and no sports. It’s a theory that goes against most current thinking on how to remain healthy, but it sounds less work than going to the gym.
More details