Italy: love it or leave it by Gustav Hofer and Luca Ragazzi has won the feature film award at the Milan film festival. Voted for by audience members this documentary about life in Italy does not shy away from the ills that the country is currently suffering. 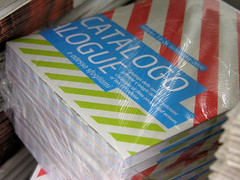 The two directors travel through Italy in several different Fiat Cinquecentos, the premise being that one has lost faith in Italy and wants to move to Berlin, the other retains a belief in the bella Italia. Many of their friends have already left, frustrated by reactionary politics, lack of jobs, the cost of living and corruption.

2011 is the 150th anniversary of the birth of Italy as a nation, a hook on which to hang an examination of the country. At times the film feels forced, with the protagonists’ positions determined less by actual feelings than by what is needed for the film. However it is an interesting look at a side of Italy that is rarely seen and although the outcome rarely seems in doubt it is an enjoyable trawl through the problems and beauties of Italy.

Pizza, espresso, Vespas and Sophia Loren – you can see why Luca doesn’t want to leave. But Italy is a complicated country, mixing the history and beauty with the Neapolitan garbage problems, the Sicilian mafia and the unchecked ruination of the coastline.

The Milan film festival has been organised annually since 1996 and is based at the Piccolo Teatro in Milano.