The Vatican museums house some of the greatest treasures in the world. No counting the Sistine chapel there are still thousands of statues and pictures, objects and images housed in hundreds of rooms. Here is a taste of the wonders that can be seen in the Musei Vaticani. 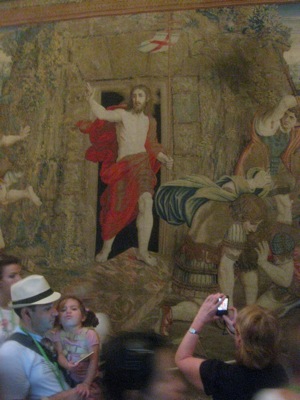 Gallery of Tapestries. A whole corridor is lined with exquisite wall hangings.  This piece dates from the 16th century and was woven in Brussels based on drawings by Raphael. 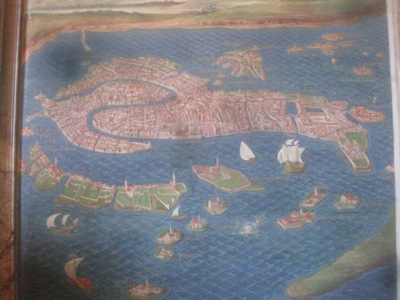 Venice in the Gallery of Maps. This corridor is 120 metres long an is frescoed with maps on both sides, making a complete atlas of 16th century Italy. It took approximately three years to complete. Based on drawings by Ignazio Danti who also created the Map room in the Palazzo Vecchio in Florence. 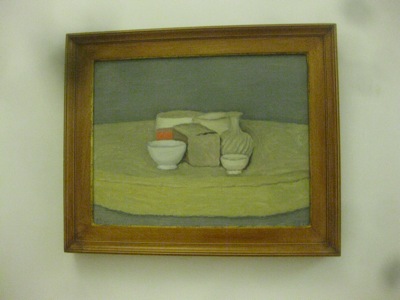 Morandi stars in the collection along with other modern painters such as Matisse, De Chirico and Dali. 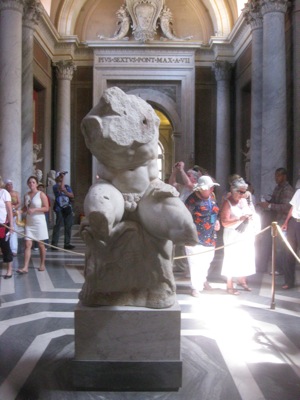 Belvedere torso – 1BC – Roman copy of a Greek original. Ajax sits and contemplate suicide. Remains limb-less even though Michelangelo was asked by the Pope to replace them. He didn’t dare. 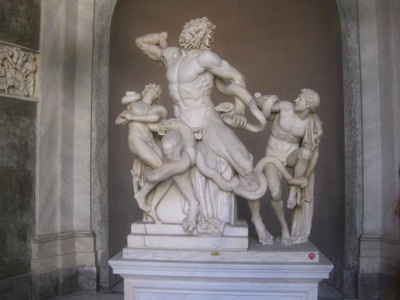 Laocoon – hugely important and old – dating from 30-40BC. Created by three sulptors Hagesandros, Polydoros and Athanodoros. This sculpture was mentioned by the Elder Pliny but lost until rediscovered in 1506. Laocoon is trying to save his city when the Greeks lay siege to Troy by warning them not to accept the wooden gift. Athena sent two serpents to kill him and his sons. To later Christian eyes it showed the human condition, desperately trying to escape the sin of the mortal world.