The 56th BFI London Film Festival has garnered both praise and criticism for its use of themed ‘pathways’, intended to assist audiences with the difficult task of deciding what to see from its 200 strong programme of films. Responding to research that concluded people tend to pick films based on how they feel that particular day, LFF developed themes – Love, Dare, Laugh, Thrill etc. – attempting to make it easy on the audience. Whether you think this is inspired or condescending, the audience numbers do seem to attest at least to the festivals ability to reach out and bring people in. 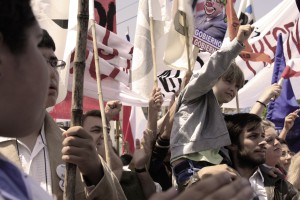 For my own part during my limited time at the fest, my prerogative was to take in a smattering of competition/gala titles alongside my own predilection for the ‘experimental’. In the official competition No by Pablo Larraín and Midnight’s Children by Deepa Mehta had in common political conflicts, but vastly different treatments of personal and national tensions. The former is set in Chile in 1988, and is the final instalment Larraín’s trilogy about Chile following Tony Manero in 2008 and Post Mortem in 2010.  No follows the campaign of the same name opposing Pinochet that, following the advice of advertising executive René Saavedra (Gael García Bernal) uses an image of positivity; ‘Happiness is Coming’ to persuade the people to use their vote to topple the dictator’s reign. The energy of the time is brilliantly captured due to Larraín’s decision to shoot on U-matic video, giving every moment of the film an instant visual context and providing the film with an inspiring vitality and wit. The most effective scenes are those depicting the shooting of footage for the campaign’s 15 minutes of televised programming – cutting from reconstructions to a monitor showing the actual footage as it was broadcast, thereby demonstrating the logic and seamlessness of Larraín’s choice of format.

Midnight’s Children seemed stale in comparison, a lavish, epic adaptation, the screenplay for which was written by Salman Rushdie from his own novel. Though the set-pieces are undoubtedly highly accomplished and the performances strong across the cast, I couldn’t help feeling that Mehta struggles to convincingly meld together cinematically, the political/historical context with the magical realist aspects of the plot. 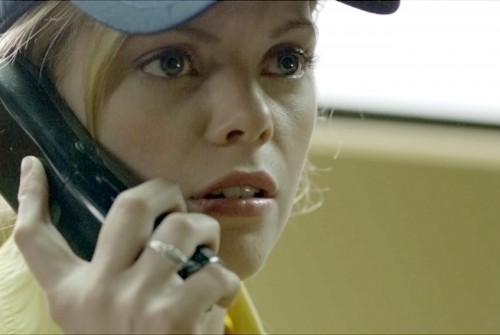 In the Thrill pathway I was intrigued by Craig Zobel’s second feature film, Compliance (pictured, right) following 2007’s Great World of Sound. Set in a busy fast food restaurant, Compliance concerns a phone call taken by the manager, Sandra (Ann Dowd) apparently from a police officer, who persuades her to detain employee Becky (Dreama Walker) and carry out an ‘investigation’ to prove her guilty of stealing from a customer. Buoyed by the officer’s praise and encouragement, Sandra becomes oblivious to the true nature of the situation, allowing it to get steadily worse for Becky. The claustrophobic nature of the setting, committed performances and well-paced script provide suitably unsettling viewing, even if the overall feel of the film is a little too slick.

A film supposedly for those willing to be more daring with their viewing choice, In the Fog by Sergei Loznitsa tells rather beautifully, the story of Belarusian resistance fighters attempting to avoid detection by the Nazi’s, whilst dealing with their own internal ethical dilemmas. Using largely long tracking shots, and paying particular attention to period detail, this atmospheric drama is less about the physical violence of war, than the lasting emotional damage both to individuals and communities. 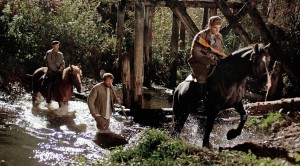 Inspired by Tarkovsky, pertinently, as in Stalker in its use of three male characters, which the director describes as prototypes of a Saint, a Man who Doubts and a Villain, In the Fog is quite extraordinary for treating landscape in a claustrophobic way – the forest in which the men hide both concealing and constraining them at the same time. In the final scene the films title comes to have a more literal meaning, with Loznitsa creating an image of pure, tragic cinema.