It’s time to put the spanners down and for the fettling to stop: the world’s longest running motoring event is about to begin. On Sunday (2 November) 440 veteran cars will line up in Hyde Park ready to tackle the Bonhams London to Brighton Veteran Car Run.

As tradition dictates, the first car will set off on the 60-mile trip to the coast as dawn breaks… regardless of what the weather is doing. Very few of the veterans offer any protection against the elements, showing that the pioneer motorists were a hardy bunch. 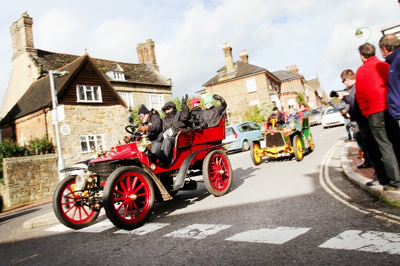 As well as petrol-powered cars there will be veterans powered by steam and, proving there’s nothing new under the sun, even some battery-powered electric vehicles. Open to cars built in 1904 or earlier, all the entries are at least 110 years old.

The traditional finish is on Brighton’s Madeira Drive on the seafront, with the first cars expected at just after 10am with the event officially closing at 4.30pm.

The Run is the culmination of three days of motoring activity in London: Friday 31 October marks the annual Bonhams Veteran Car auction while many of the London to Brighton stars take part in the annual Regent Street Motor Show on Saturday (1 November).

The Bonhams London to Brighton Veteran Car Run celebrates the original Emancipation Run, held on 14 November 1896, and which marked the Locomotives on the Highway Act. This landmark Act raised the speed limit for ‘light locomotives’ from 4 to 14mph and abolished the need for a man walking ahead of the cars waving a red flag.