Bologna is famous for its two towers, but visitors are only allowed to climb one of them. Excitingly this is the tallest, the Asinelli tower, which dates from 1109. It took ten years to build and reaches a height of 97.2 metres. The second tower is Garisenda’s tower. It was originally 60 metres high, but in 1360 it was lowered to 48 metres owing to the possibility of subsidence. This tower leans east by 3.22 metres! 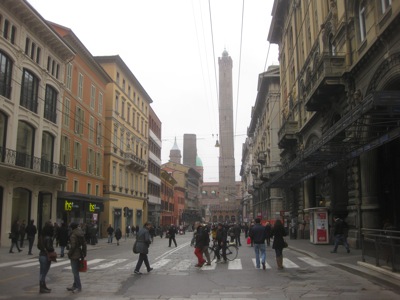 At the time Bolognesi families were engaged in an arms race to see who could have the biggest tower. As this old painting shows there were many towers in the city then. 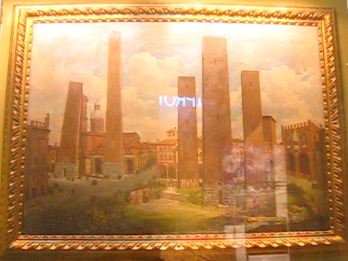 Like the tower of Pisa the Asinelli tower is leaning. This has been the case ever since it was built, owing to subsidence. There are 498 steps and you have to climb them all – there is no lift! 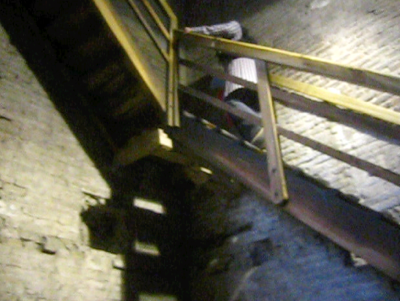 The wooden stairs spiral around the edge of the inside of the tower. It is a long way up… 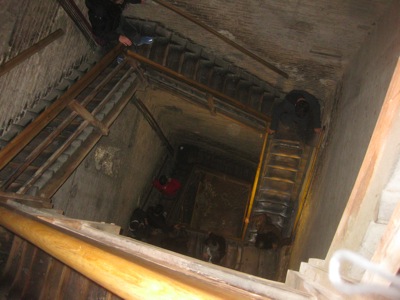 but you will really appreciate the views over the red roofs of Bologna at the top. 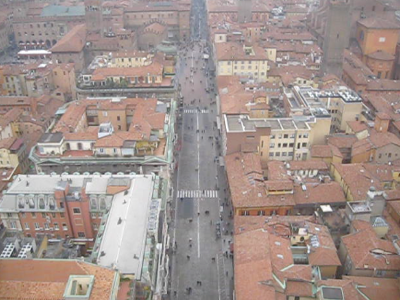