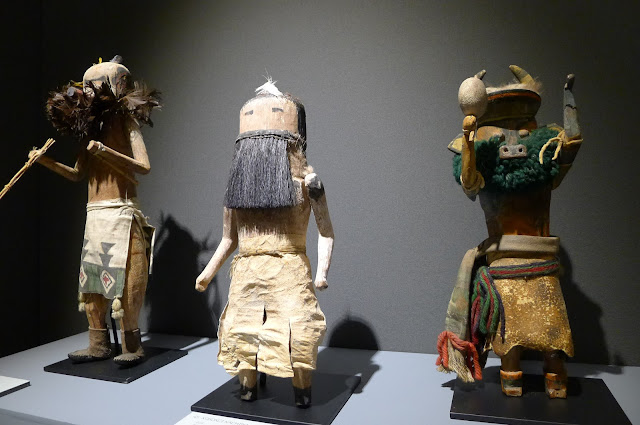 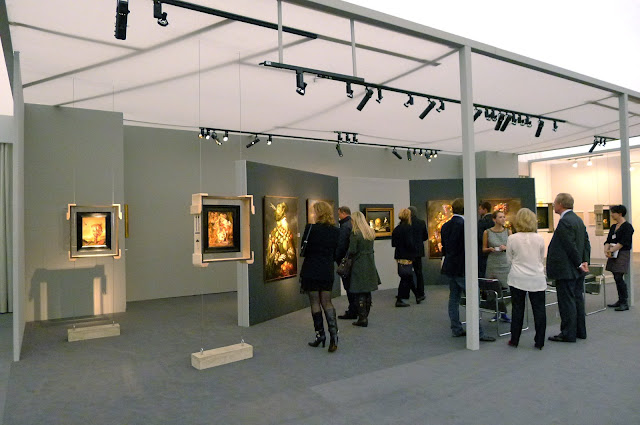 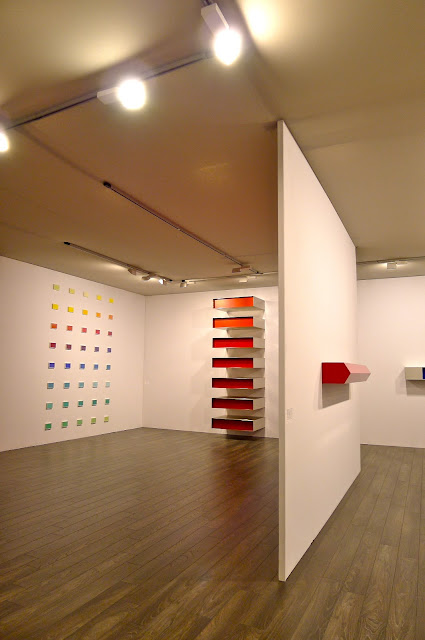 This year Frieze has launched Frieze Masters, a new fair for ‘historical art’, alongside Frieze proper in Regent’s Park. In contrast to Frieze which is pretty much the thermometer of ‘what’s hot and what’s not’ in the realm of contemporary art, Frieze Masters showcases pre-2000 art. That makes the range of things on show extremely vast: from medieval sculptures and ancient Chinese statuettes, to Renaissance paintings and contemporary photography and installations… There are many things that you would normally expect to see in fairs such as Masterpiece.

If you would excuse my infantile analogy, the experience was a little bit like a combination of Doraemon’s Time Machine and Anywhere Door, as you could hop back and forth between millennia and across the continents in no time. In less than 10 steps I was transported from Richard Avedon’s extra large format photographs of individuals from the American West, to a charming Chinese clay figure of a plump lady which dates back to the Tang dynasty, and then again to Giacometti’s skinny people. In another aisle a presentation of Henry Moore’s reclining figures lay opposite to a dramatic torso of a male nude by Gericault. Never mind the commercialism of art fairs (at least for the moment); it is hard to think of another context where I can indulge myself in this kind of magic. Seriously – there are even Alaskan dance masks and Mexican ritualistic figures. The juxtaposition of Roman Opalka’s photographic self portraits and Egyptian busts and heads sums up the spirit: 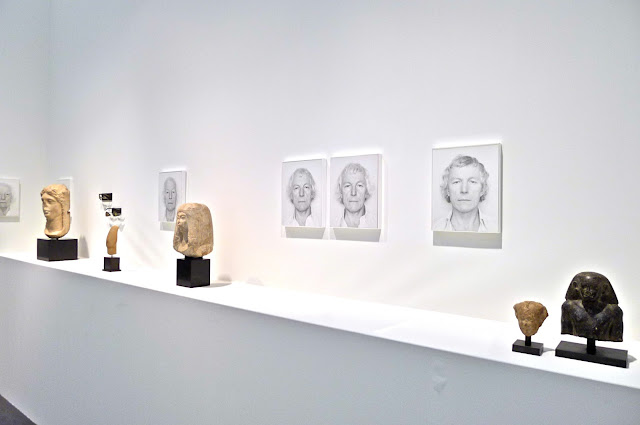 The ‘old masters’ are not extremely well-represented, but for some reason there were a good number of works from the Northern Renaissance: a painting by Cranach, a small oil sketch by Rubens, a few still lifes by Pieter Claesz, and a number of paintings by the two Bruegel’s, including a lively scene of peasant wedding by the son (De Jonckheere). One day when I am rich, I would like to buy a small still life by Claesz, just to test out whether it is possible to get bored from staring at his perfectly rendered rock crystal glass and half-peeled lemon. Aside from Gericault, 18th century artists include intimate works on paper by William Blake and some beautiful drawings by Constable and Gainsborough (Lowell Lisbon).

Fin-de-siecle representatives include a few small works by Pissarro, Cezanne etc. One gallery shows a stunning collection of drawings by Klimt and Schiele, including several studies of the female nude for Klimt’s Beethoven Frieze in the Secession Building in Vienna. There is also a stunning portrait of a society lady (in a pink dress) by Boldini. And then there are almost all the best known modern artists: Picasso (a number of paintings scattered around), Miro (a cluster of medium size paintings at Alan Cristea), Giorgio Morandi (landscapes and still life with bottles, alongside a wall filled up by his drawings and prints at Arte Maggiore), Giacometti, photographs by Brancusi, and Moore. Most spectacular is the presentation of Alexander Calder by Helly Nahmad, where Calder’s large-scale kinetic sculptures slowly rotate to background music. Slightly more low-key is a late work my favourite Hungarian photographer Andre Kertesz (at James Hyman), and the collages of Kurt Schwitters (PACE). British favourites Francis Bacon, Lucian Freud, Richard Hamilton and David Hockney can be found in several galleries, including Alan Cristea which has got a great drawing of a woman by Hockney.

But I felt that the limelight is on artists who were most active between the 50s and the 70s. Hauser & Wirth devotes one third of their large space to a presentation of Eva Hesse’s drawings and collages, and a smaller but condensed section to Yves Klein’s IKB paintings and objects. Lisson presents Dan Graham’s model and drawings, John Latham’s stunning wall pieces, and a rather wide selection of Lawrence Weiner, including non-text works. Pace Gallery from New York has two massive and eyecatching ‘combines’ by Robert Rauschenberg. Important movements from the 60s and 70s like Minimalism (Don Judd, Dan Flavin), Post-Minimalism (Eva Hesse, Yayoi Kusama, Louise Bourgeoise), Arte Povera (Jannis Kounellis), Fluxus (Joseph Beuys), conceptual art (Weiner, Graham, Latham, Sol Lewitt) were mostly covered. Meanwhile Blum & Poe shows large installations by East Asian artists who became active in the same period: Lee Ufan, Nobuo Sekine, Kishio Suga and Katsuro Yoshida.

Another thing I like about art fairs is the pretty much guaranteed element of surprise. There are always striking and compelling artworks by artists whom I have never ever heard of in my life, like the Japanese artists I mentioned above and also Friedlander. There is another Japanese artist, Kazuo Shiraga whose style resembles the Ab-ex, and Vassilakas Takis, whose only work I saw in the fair is a very simple sound piece on the wall.

There is a good number of less known artists to discover in the innermost aisle of the show, titled Spotlight and curated by Adriano Pedrosa. 22 galleries from locations as diverse as Brazil, Austria, Portugal, Lebanon, Turkey, Romania and Hong Kong are selected to present works by solo artists. One word of advice: if you start from the A booths and cover the fair in aisle order, make sure you have enough time for the S section.

The best known artists in this aisle would be Sigmar Polke and Lygia Pape on either end, plus Bruce Nauman in the middle. The installation by Lygia Pape (Graca Brandao) – an influential figure in Brazilian art who was involved in the Concrete and Neo-concrete movements – is absolutely sublime. It is one of those things that really takes my breath away, so much so that I think I would have bought it on the spot if I have a couple of millions to spare. There is Roberto Chabet (Osage), a seminal figure in the development of conceptual art in the Philippines. His collages, although subdued, nevertheless manage to retain people’s attention effortlessly. There are works by Sanja Ivekovic (Espaivisor), the artist who presented the installation of donkey dolls at Documenta(13) this year. Unfortunately I didn’t have enough time to look at her works closely, but they seem to be photographic records of her performances. Other artists whose works caught my attention include Pier Paolo Calzolari (Bernier/Eliades), Osvaldo Romberg (Henrique Faria) – I was really taken by his analyses of great paintings from the past, Paolo Bruscky (Nara Roesler), Mladen Stilinovic – a Serbian conceptual artist (Frank Elbaz), and Geta Bratescu. My favourite in this section is probably Birgit Jurgenssen, a compatriot of Valie Export who works across drawing, photography, object-making and performances.