From 23rd November to 15th December Pilevneli Project hosts Tayfun Sertta?, who is one of the most prominent artists of his own generation. The project titled “BAZAN”, which was specially produced for Pilevneli Project, is the product of a one year long preparation process. “BAZAN” has a different position than the existent practices of the artist which have been followed by the public with great interest. 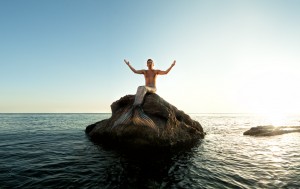 “BAZAN”, which is a lyrical anomaly often used by the authors that directed the development of Turkish Literature, refers to the whole project. In this specific project, the literary corpus is categorised and commonised through the coincidental dispersion of a single word among the authors coming from the same generation, then it is visualised on different scales by Sertta?. In this way, the invisible relationship between those “close-remote” disciplines are investigated.

As a common method inherited from history of classical literature and classical art, the effort to “decipher the similarities” is inhaled through the multipartite (comparative) installation by the artist. The installation is based on tens of reproductions of the word “BAZAN” in different forms and methods. In this way, it is no more considered in an esoteric approach but evolves into dynamics which determine the practice and it is supplied that it melts in the practice. According to the artist, same sensation being repeated over and over again under different circumstances – out of the obssessive desire for repetition- gives birth to a dilemma (love), which is a ritual of pleasure for the human being left alone with his/her scepticism and solitude in this modern world. Considered from this point of view, as a production within a production, pastiche transforms into a speculative actor describing the modern continuity of the art disciplines, rather than an orientation to be avoided.

In this context, Sertta? addresses a critical question; “what if the artist craves for insistently producing the same thing over and over again?”

“BAZAN” as a special project approaching the personal world of Sertta?, who mostly focuses on anti-historical and anti-cultural issues in his works, enables individuality through an autocritical integrity where the production methods and populist intellectual proposals imposed on the artist in our era are problematised.

The show, built on intertwinement of different media such as video, installation, painting, collage, photography and sculpture, both represents the versatile production of the artist and problematises the criteria of reflecting/not reflecting the reciprocal continuity between literariness and visuality to the current practices.